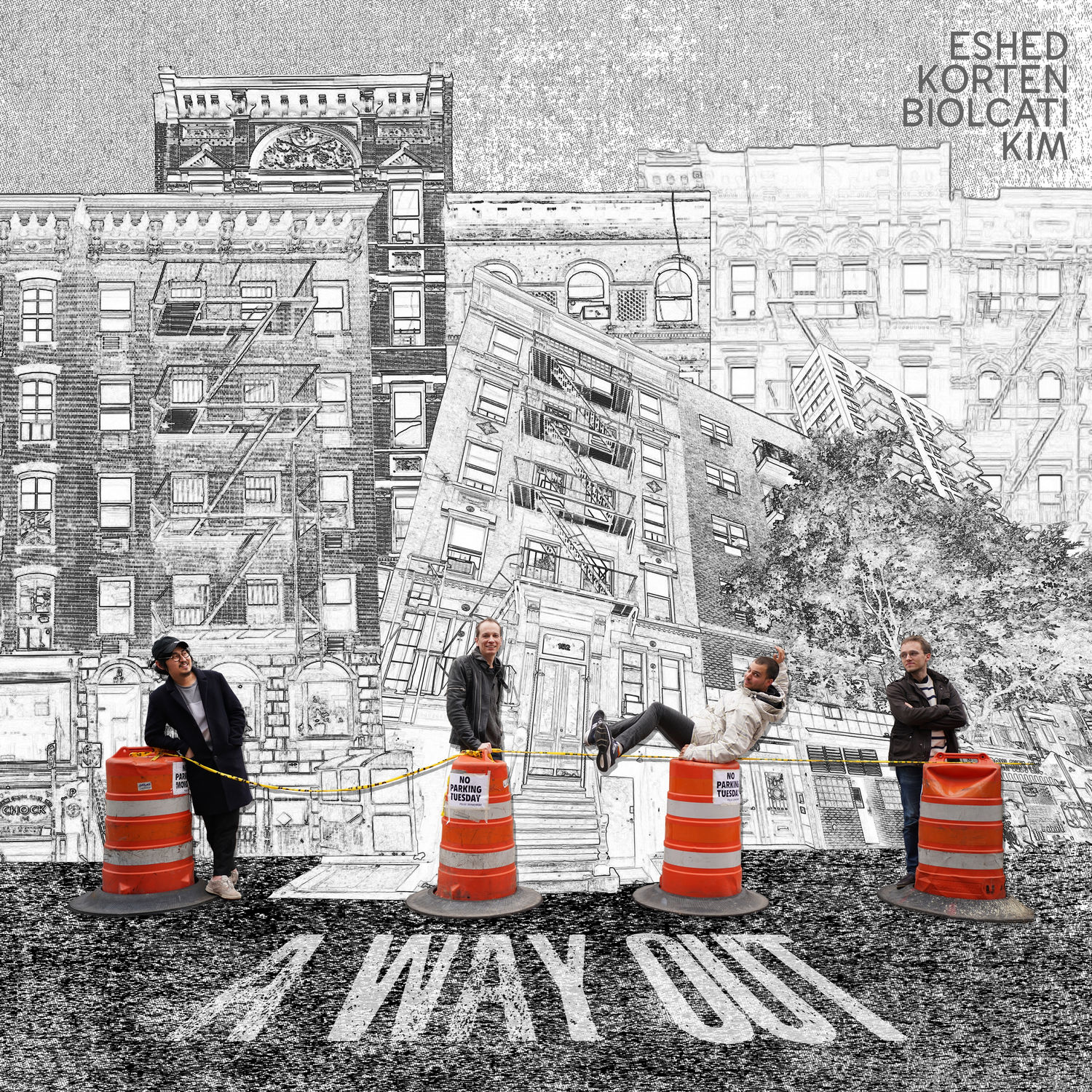 One of the more exciting scenarios in jazz unfolds when a group of players comes together, not to realize one individual’s specific vision, but just for the sake of making music together and to develop a chemistry which, ideally, was there from the beginning. The group effort here presents the fruits of such an occasion. A Way Out captures a contemporary jazz quartet that’s in it for the joy of playing together.

Forming the band name under which the album is being presented, Eshed Korten Biolcati & Kim are the last names of cast members who are each highly gifted musicians in their own right and sought-after New York-based collaborators. Their individual strengths are presented in a balanced set of original modern jazz scores with a couple of standard-esque sketches sprinkled on top. Massimo Biolcati, arguably the most prominent of the four due to his immediate association with Lionel Loueke as part of Gilfema as well as past recordings with the likes of Wayne Shorter and Herbie Hancock, not only keeps down the firm bass pulse on the album but also acts as the session’s producer. On top of that Biolcati is the founder of Sounderscore—the label on which A Way Out appears.

In light of tendencies traceable within much jazz music produced in the past decade or two, some ingredients here sound like familiar territory. Among them one will find a number of through-composed sequences, often graced with unison lines shared between pianist Lex Korten and guitarist Yoav Eshed. Jongkuk Kim ‘s dexterous drumming tends to frantically flutter, rather than swing, capturing another trait that makes up today’s zeitgeist, while Kurt Rosenwinkel’s obvious influence on Eshed’s swelling guitar tone and melodic language is undeniable. Within that familiarity one can choose to see criticism or praise.