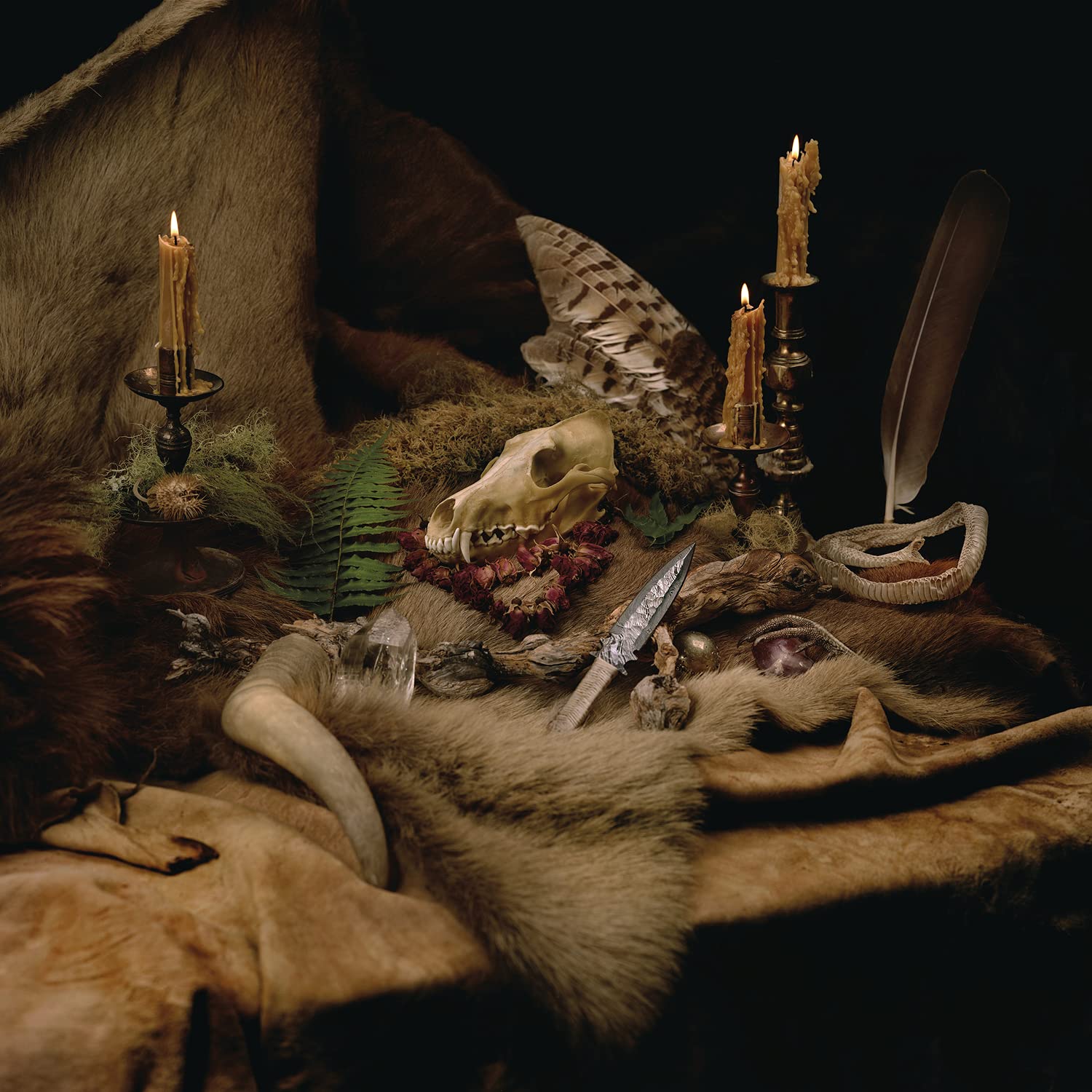 “Our music invokes the Spirits that reside in the mountains and rivers-the Sun and Moon, the plants and animals. These deities have been with us since ancient times, but their voices have been drowned out in the modern world.”That’s Aaron Weaver talking about the driving force behind WOLVES IN THE THRONE ROOM, the band he founded with his brother Nathan in 2002. It’s a force that’s been with them since their formative years-long before their stunning debut, Diadem Of 12 Stars, established them as black metal’s new atmospheric vanguard in 2006. Since then, they’ve carved their own path through the wilderness to hearts and minds around the globe with such highly regarded works as Two Hunters (2007), Celestial Lineage (2011) and Thrice Woven (2017). And now, nearly two decades into their journey as shamanic conjurors, WOLVES IN THE THRONE ROOM have emerged from the forest with their most majestic album to date. Primordial Arcana is the band’s first completely self-contained work: In addition to composition and performance, the Weaver brothers and guitarist Kody Keyworth handled all aspects of recording, producing and mixing at their own Owl Lodge Studios in the woods of Washington state. The album’s title is a reference to the band’s ongoing reach back to the most ancient, archetypal energies. “As children we encountered the work of Joseph Campbell and the study of ancient mythologies inside every human culture,” Aaron says. “These archetypal truths and psychological structures inspire us and give us strength.” While the proverbial blaze in the northern sky remains the band’s artistic palette of choice, Primordial Arcana expands upon black metal to include musical forms that pre-date the genre’s devastating second wave. “After we discovered Metallica and Slayer in our early teens, the first extreme metal bands we were into were Deicide and Morbid Angel,” Aaron explains. “So death metal was there from the very beginning, and I think it especially comes to the fore on this record.” Symphonic black metal was als