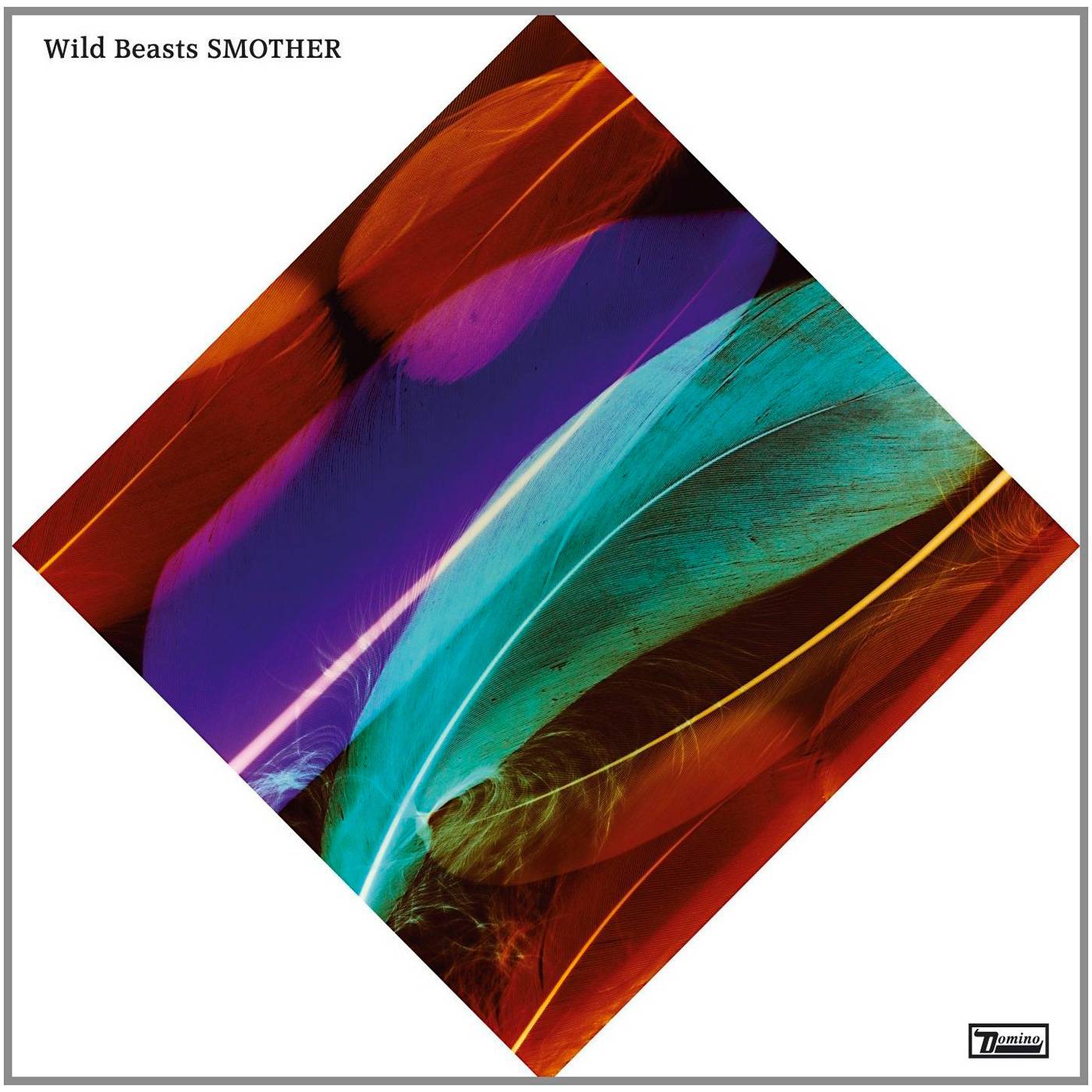 “Smother” is the third studio album by British indie rock/dream pop band Wild Beasts released in 2011 by Domino Records. It reached #17 in the UK Albums Chart. According to the band, it represents a more synthesiser-based sound than previous efforts, influenced by “moving to Dalston”, Brazilian writer Clarice Lispector, minimalist composer Steve Reich, noise pop duo Fuck Buttons, and Mary Shelley’s book, Frankenstein. They’ve kept their distinct sound intact: oscillating falsetto and baritone vocals, lyrical wit, and a penchant for seedier topics. However, this album incorporates rich electronic textures and a subtlety of melody not heard in their earlier work. Wild Beasts fans will not be disappointed.

Starting with Limbo, Panto’s “She Purred, While I Grrred,” Wild Beasts have never shied away from singing about sex, but they master it on Smother. While Two Dancers refined their palate and palette, offering a deceptively gentle sound that masked some of their most hedonistic lyrics, Smother goes even further, pairing quiet, achingly lovely music with words that convey all the beauty and pain that come with desire. The lead single, “Albatross,” which drifts along a rippling, gamelan-tinged melody, gave a taste of the album’s subtlety, but not of its full power: Smother’s title is perfectly chosen, evoking stifled cries and what it’s like to be so suffocated with want that only whispers come out. Hayden Thorpe’s songs capture desire’s cruelty and demands, whether he’s taking a lover in his mouth “like a lion takes his game” on “Lion’s Share” or justifying any possible regrets on the hypnotic “Loop the Loop” with the refrain “All the heart requires is what it can’t compromise.” Like the rest of the album, Thorpe’s once-polarizing falsetto is much more nuanced, balancing the band’s cerebral and sensual sides on “Bed of Nails,” which blends allusions to Frankenstein and Hamlet over moaning backing vocals that are equal parts pain and pleasure. His standout moment, however, is Smother’s dark centerpiece, “Plaything,” where the fire in his voice when he sings “I wonder how cruel I’ll be” removes any traces of foppishness from his vocals. Meanwhile, Tom Flemming sings of desire’s aftermath, to especially devastating effect on “Invisible,” which grows more expansive as he sighs, “The things I thought I’d want/They vanish one by one,” and “Burning,” where the mix of anguish and beauty recalls Spirit of Eden and Laughing Stock-era Talk Talk. Things are a little lighter on “Reach a Bit Further,” where Thorpe and Flemming share the lead vocals (perhaps the only area where this album is lacking compared to Two Dancers). Wild Beasts continue to find finer ways of expressing themselves while still holding onto the primal passion they’ve always had, and Smother is some of their most accessible yet creative work. Anyone who loved Two Dancers won’t be disappointed, and anyone who felt alienated by Wild Beasts before just might want to give them another chance – this is an album about desire that leaves listeners wanting more.