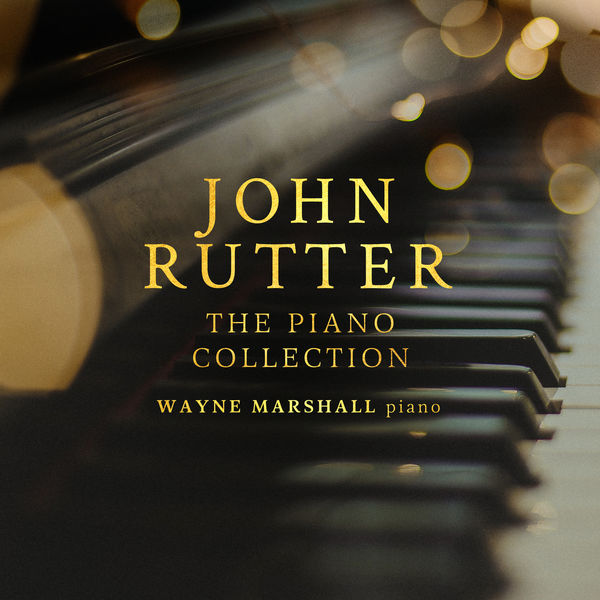 For the very first time, John Rutter CBE has arranged eight of his best-loved choral works for solo piano.

This period of lockdown inspired John to return to some of his most cherished works and re-score them for his fans and supporters, who can now enjoy the familiar sacred melodies in their own homes. To record the new transcriptions, John approached his friend, pianist Wayne Marshall, who recorded the music alone at a studio in Malta during the COVID-19 pandemic, communicating with John over phone and email as the album came together.

John says, “Every so often someone or other asks me the same question: ‘John, could you do solo piano versions of some of your choral pieces, so I can play them at home?’ Well, I’ve finally done it. I chose eight pieces—six of them restful and meditative, two of them lively. I knew immediately who I wanted to record them: my old friend and colleague Wayne Marshall. With some trepidation I emailed him and was immensely happy when the answer came back from his home in Malta: ‘honoured to play your new transcriptions’.”

“The most gifted composer of his generation” (Sir David Willcocks, CBE)