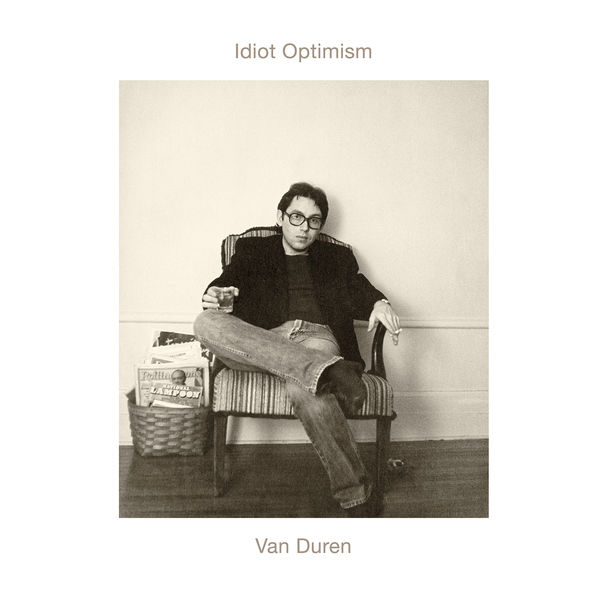 After the release of Are You Serious?, Van Duren immediately returned to the studio—recording 14 tracks (one being a medley of two songs) that rivaled his tremendous debut. But, the album was shelved and didn’t see the light of day for two decades, when inexplicably, it was released in Japan without any input from the artist.

With full creative control from Duren, this reissue of Idiot Optimism is packaged with new art, liners from Van outlining the story of the album, and many previously unseen photos. Featuring 14 originals and a cover of Chris Bell’s (Big Star) “Make A Scene,” this new edition is remastered from the original analog tapes. Idiot Optimism has never looked nor sounded better.

Forty years on, I still consider Idiot Optimism to be right at the top of my discography. And through the magical powers of the good folks at Omnivore Recordings, this album and the first, Are You Serious? have not only been restored but improved upon, with top-notch mastering and terrific packages that truly enhance the listening experience. Turn it up!”