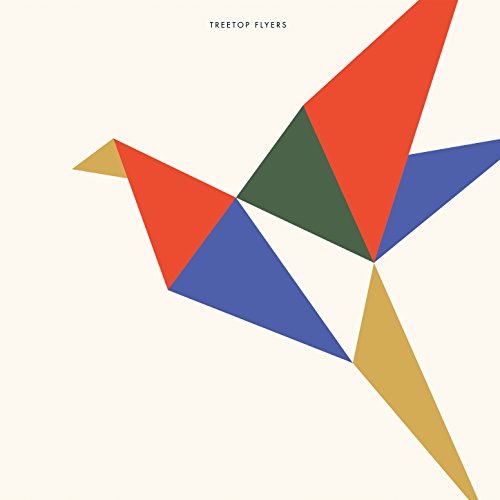 Many bands, after some initial success, fall into the trap of capturing a single mood, a single style, in all their subsequent music. Not the Treetop Flyers. With their latest release Treetop Flyers, recorded in their new studio at The Cube in Stoke Newington, they return with a much wider mix of tracks than in their previous albums, proving a tremendous versatility reaching from West Coast via Jazz Rock to a touch of Bluegrass. “It’s our most true to form record,” says lead singer Reid Morrison, “it represents a fresh start for the band.”

And what a fresh start it is. After the somewhat late 60s/70s West Coast-laden The Mountain Moves and Palomino, Treetop Flyers ensnares the audience with a much crisper, soulful and optimistic sound previously unheard in their repertoire, as opening instrumental Fleadrops demonstrates. Incorporating a touch of the Caribbean, this laid-back hit feeds on the neighing end of the summer months, evoking that special holiday feeling through its gorgeous mellotron riffs and melodious guitar harmonies.

Morrison brings his rich and warm vocal skills to the fold in uplifting Sweet Greens and Blues, a heartfelt song providing us with a sense of hope even in dark times, artistically undercut by Rupert Shreeve’s prowess as percussionist. Sam Beer amazes listeners with quite a different style of singing in Kooky Clothes, which returns us to a classically British style of rock, always with Laurie Sherman’s impressive virtuosity on the bass in the background.

But Morrison undeniably deserves his spot as the quintet’s frontman, as he proves in the heartwarming and beautifully ringing Needle. Bringing a touch of sadness to the album, this number enables Geoff Thomas Widdowson, who joins them from Loose Label mates Danny and the Champions of the World, to bring his mastery of the saxophone into the mix, playing breathtaking solos perfectly attuned to the melody.

But the album’s exceptional allure is undeniably its great diversity of styles. Futuristic Astral Plane and Jazz Rock-inspired Art of Deception can only hint at what Treetop Flyers might yet achieve, with their audience eagerly awaiting what’s next in store.