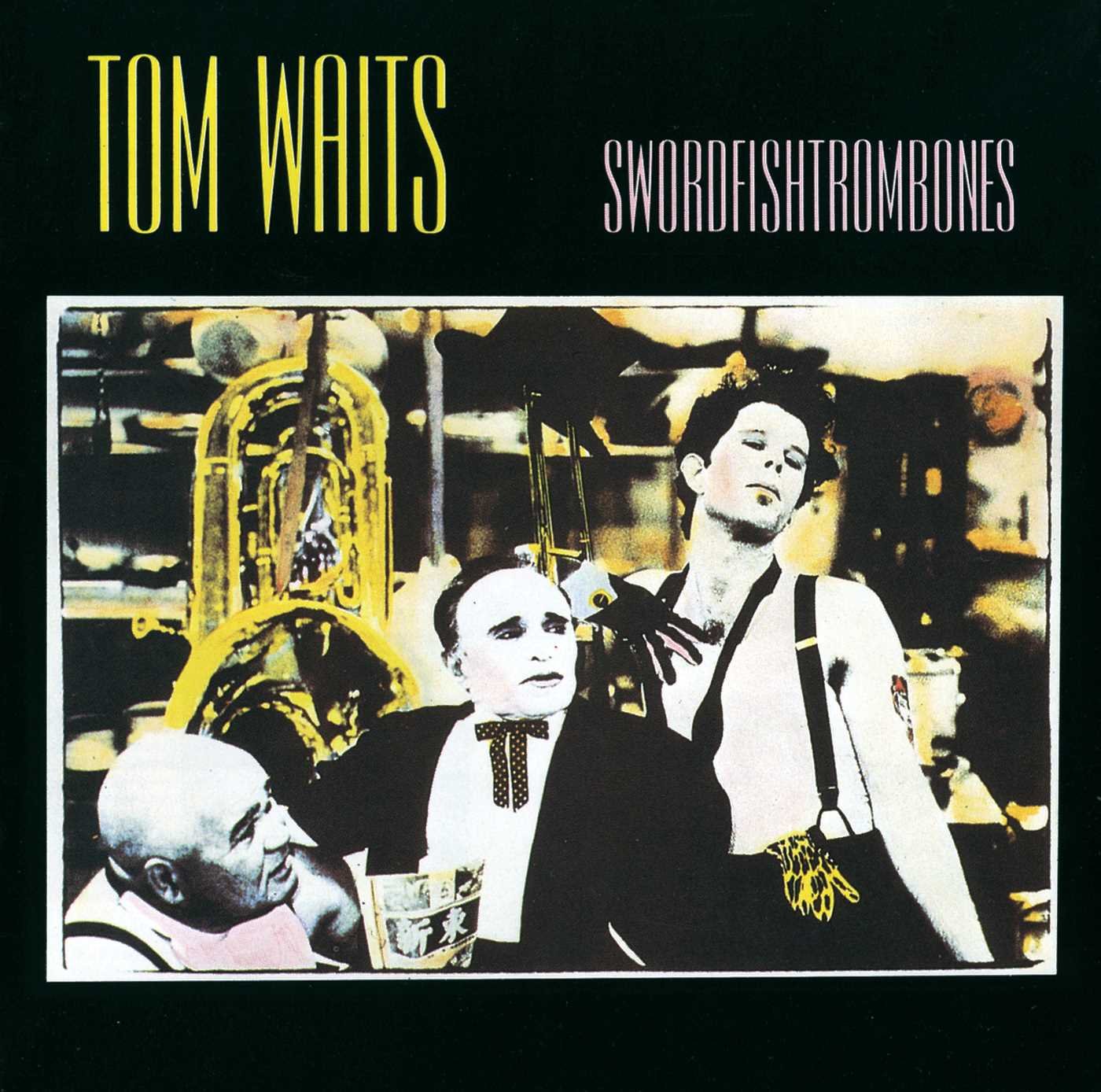 Between the release of Heartattack and Vine in 1980 and Swordfishtrombones in 1983, Tom Waits got rid of his manager, his producer, and his record company. And he drastically altered a musical approach that had become as dependable as it was unexciting. Swordfishtrombones has none of the strings and much less of the piano work that Waits’ previous albums had employed; instead, the dominant sounds on the record were low-pitched horns, bass instruments, and percussion, set in spare, close-miked arrangements (most of them by Waits) that sometimes were better described as “soundscapes.” Lyrically, Waits’ tales of the drunken and the lovelorn have been replaced by surreal accounts of people who burned down their homes and of Australian towns bypassed by the railroad — a world (not just a neighborhood) of misfits now have his attention. The music can be primitive, moving to odd time signatures, while Waits alternately howls and wheezes in his gravelly bass voice. He seems to have moved on from Hoagy Carmichael and Louis Armstrong to Kurt Weill and Howlin’ Wolf (as impersonated by Captain Beefheart). Waits seems to have had trouble interesting a record label in the album, which was cut 13 months before it was released, but when it appeared, rock critics predictably raved: after all, it sounded weird and it didn’t have a chance of selling. Actually, it did make the bottom of the best-seller charts, like most of Waits’ albums, and now that he was with a label based in Europe, even charted there. Artistically, Swordfishtrombones marked an evolution of which Waits had not seemed capable (though there were hints of this sound on his last two Asylum albums), and in career terms it reinvented him.