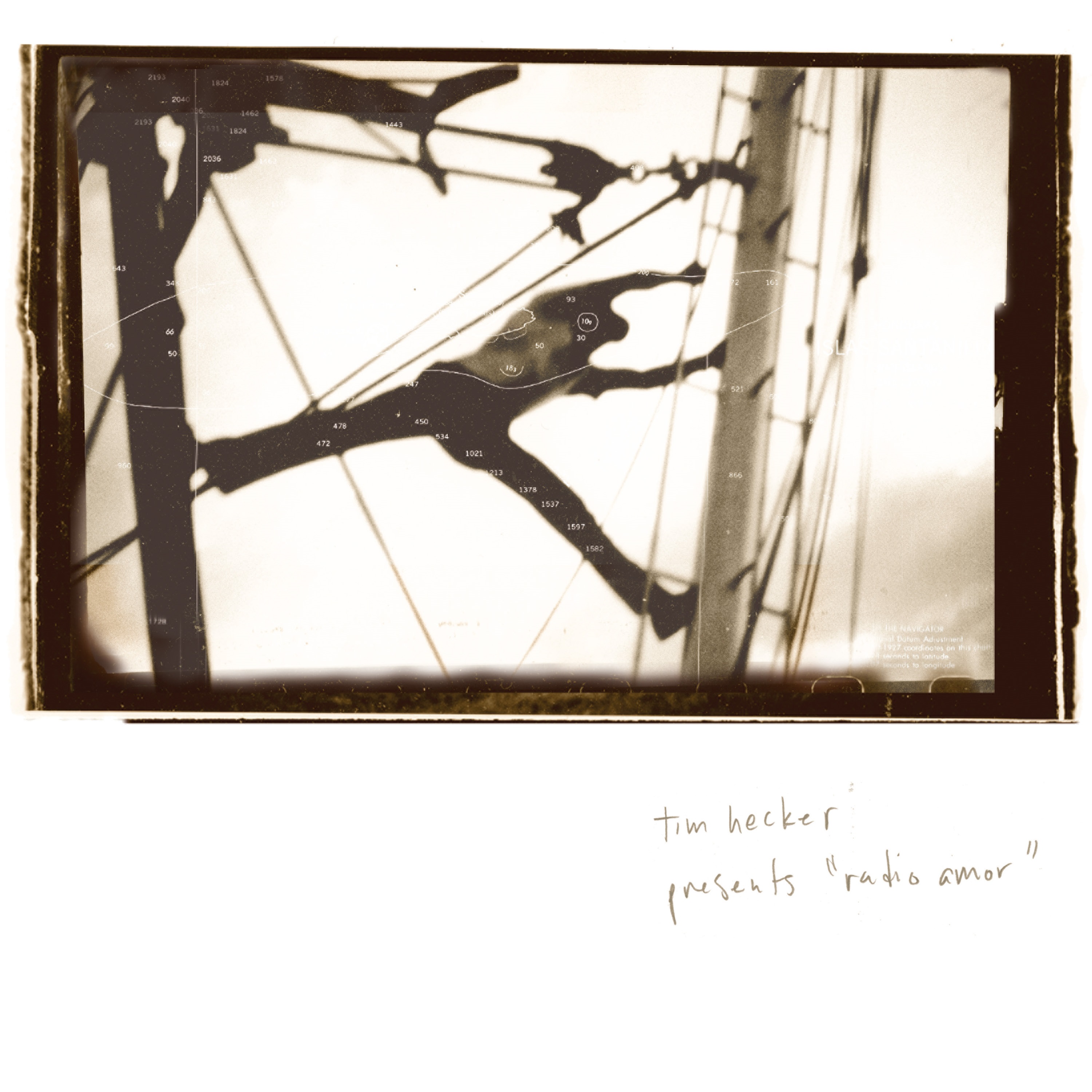 Tim Hecker’s first album for Mille Plateaux, Radio Amor, follows two excellent efforts for the relatively smaller yet similarly prestigious Substractif label, and accordingly consolidates that pair into his most inclusive and presentable recording yet. It merges the haunting majesty of his debut full-length, Haunt Me Haunt Me, Do It Again (2001), with the loose conceptual framework of his follow-up EP, My Love Is Rotten to the Core (2002), and does so without being quite as overbearing as those two releases may have felt to listeners interested in simply engaging music rather than far-fetched conception. There are thus two primary sides to Radio Amor: its sounds and concepts. The sonic palette Hecker draws from here is strikingly reminiscent of his previous work. Heavily manipulated waves of drone again clash and splash against one another, often doing so with near yet subtly off synchronicity in the right and left channels. The effect is slightly disorienting, and that’s precisely the point, as Hecker’s overall aesthetic seems centered upon an otherworldly style of sound manipulation meant to baffle even the most seasoned digital-music listeners. The conceptual framework he builds upon is likewise hazily vague, and no doubt purposefully so. The track titles don’t allude to much on their own, yet when coupled with the album’s remarkable packaging, a whispered narrative begins to shape, one involving remote seafaring, faint transmissions, compass guidance, and a third-world locale. It’s perhaps fitting then that the album’s climax, its most deliciously harrowing seasick moment, “Azure Azure,” comes late in the album, following “The Star Compass” and preceding “Trade Winds, White Heat.” By that point, Hecker has once again swept you away with a seamless album that demands beginning-to-end listening, and this time he does so with the timeless grandeur and universal appeal of a Hemingway-esque lost-at-sea novel narrated from the omniscient perspective. This is far, far from your ordinary ambient album – if you’re willing to dive into its depth rather than merely skim its surface, that is.