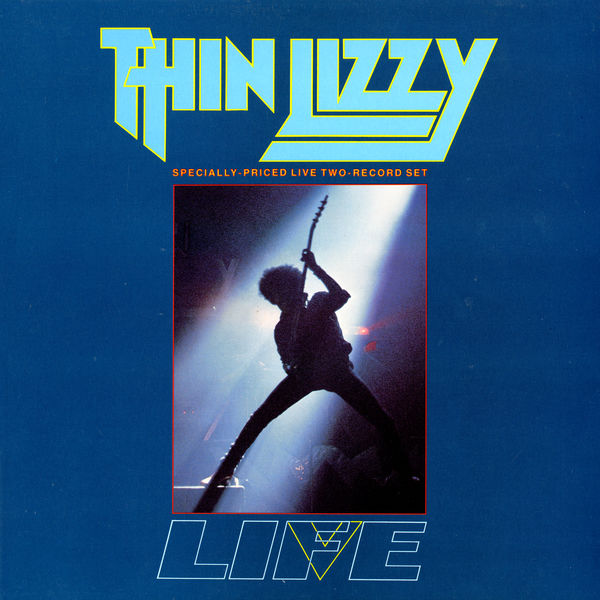 Life Live? More like Life-less. After Thin Lizzy wrapped up their successful “farewell” tour, their second live album was issued. It was originally supposed to be issued during the tour, but extensive overdubbing and nitpicking pushed the album’s release toward year’s end, after the publicity from the tour had died down. The two-LP Life Live is not even close to being a worthy successor to its exceptional predecessor, 1978’s classic Live and Dangerous. Instead of replicating the rough energy and spontaneity of Live and Dangerous, the overall sound of Life Live is reminiscent of their ’80s studio albums – polished pop gloss. An obvious reason for the album’s failure is the fact that Lizzy’s songwriting in the ’80s was not on par with their ’70s work, as evidenced by such tracks as “Angel of Death,” “Thunder & Lighting” and “Renegade,” among others. Older standards (“Jailbreak,” “Are You Ready,” “Emerald,” etc.) fare much better, especially a slow version of “Don’t Believe a Word,” “Got to Give It Up” and “Black Rose,” which features guest guitarist Gary Moore successfully replicating the track’s unbelievable extended solo. Still, Life Live is for die-hard fans only; everyone else should stick with the superior Live and Dangerous.

As a live album, Life holds up as an excellent example of what Thin Lizzy were like on stage. All of the 19 songs were true Thin Lizzy classics (including “Jailbreak” and the arena standard “Boys Are Back in Town”), and is a better introduction to the band than the Dedication compilation on PolyGram. (Note: All of the Metal Blade reissues were digitally remastered by Eddie Shreyer and Metal Blade-founder Brian Slagel; as a result, the sound quality of the reissues far surpasses that of the originals.) ~ John Book