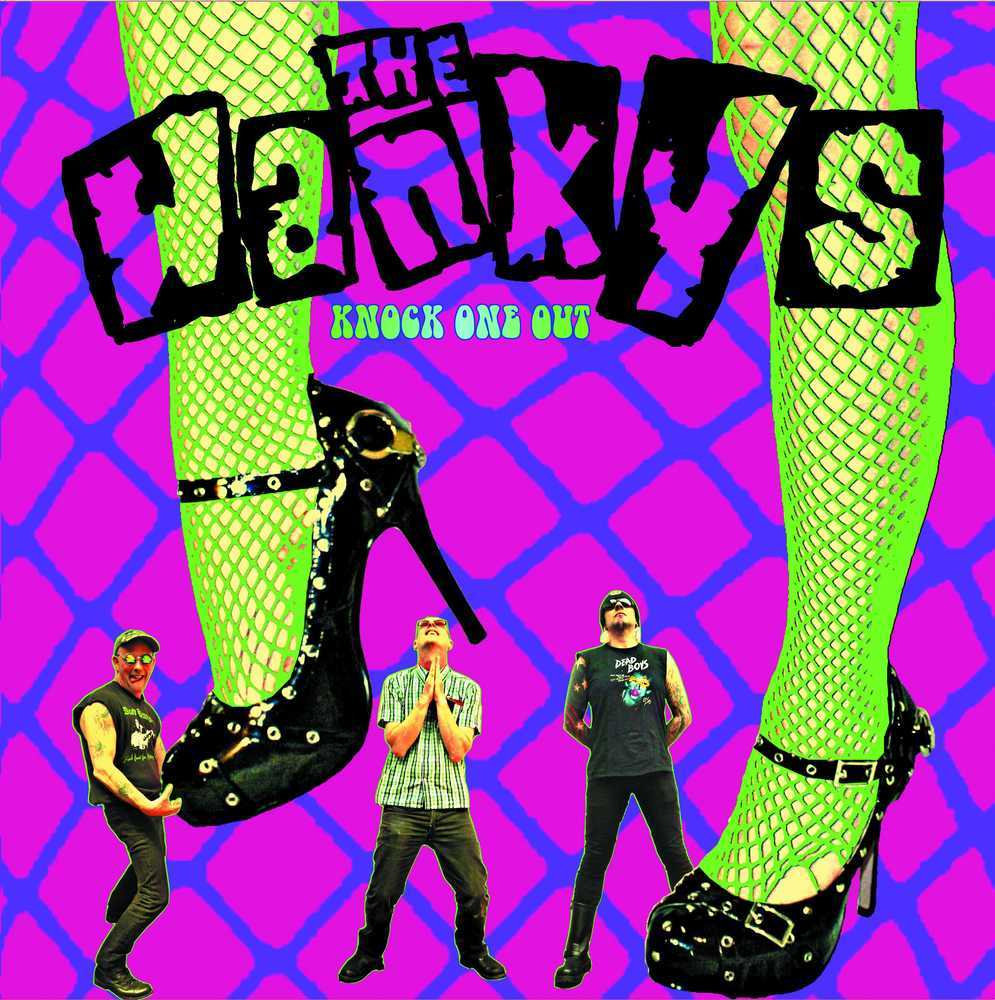 Third LP by these lovely arseholes. A little less noisy than past efforts, and a little more silly. Three English gentlemen, ex-members of all your favorite UK bands, goof off and have a bit of pervy old guy fun. But despite all the silliness, they manage to write both really catchy mid-tempo snotty punk anthems and really chaotic, harsh short/fast/loud hardcore numbers that capture their noise spirit. Obviously to be filed next to your Swankys records, but I think the Wankys have found their own noise-punk niche in the past few years, developing their own unique sound, style, and attitude unlike any other. I guess that’s what the insight of age/experience can give you.

The original cover art by Alex Ratcharge was GENIUS and I wish we had used it. Also, “Lucky Fucker” is arguably the best Wankys song. I “helped” with some of the vocal arrangements when I was over in the UK staying with Mark and we did this little never-heard project band Donkey Dan and the Cum Stains, which was basically demo versions of some of these songs, with me singing and writing stupid lyrics about iced tea and milkshakes, Mark’s dog, how my poops are too big and don’t go down the toilet, how people drive on the wrong side of the road in the UK, etc….was so much fun and even at the beginning stages songs like “Silly Fucker” were raging hard. Somehow I am under the impression most people consider this to be the best Wankys record but I still champion the 8″ and split 7″ with Lotus Fucker.