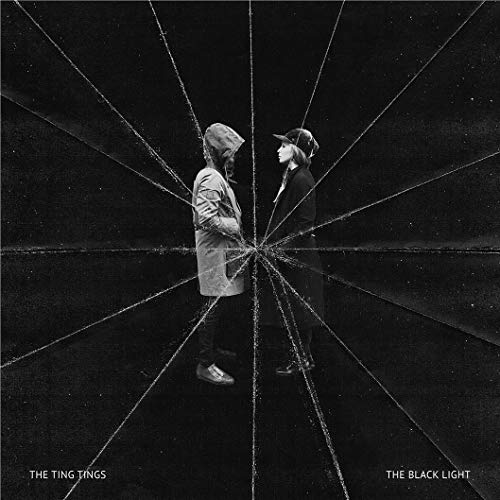 The Black Light is has a noticeably darker edge. It is dominated by a theme of nostalgia for their origins, and a desire to shine a light on thoughts, memories and experiences — unseen and unsaid: a blacklight that exposes everything. The Black Light is assured and intelligent, with dark overtones.

Speaking of The Black Light and The Ting Tings’ legacy, the band say,

“We make strange choices, sometimes good, sometimes bad, but 10 years have passed since our first album & we are at ease with the way we are. Even oddly proud.”

The Black Light was written and recorded in Spain and LA over a two year period. After recording demos as traditional indie songs, the duo felt that the songs weren’t representing the sound they were aiming for, so they relocated to LA to reflect and gather inspiration, and transformed the songs into a mix of Manchester inspired guitar patterns and captivating vocals melded with harsh beats, synths and bass.