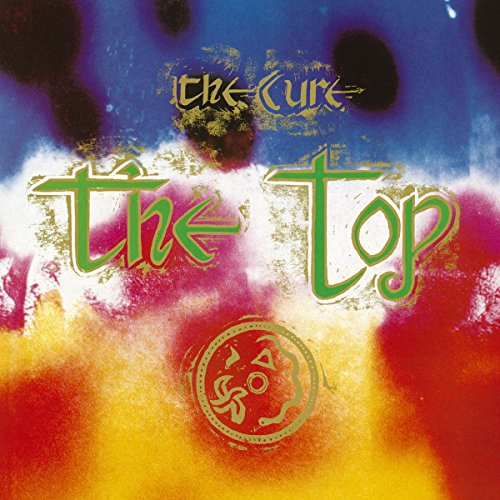 Recorded in the midst of Robert Smith’s tenuous tenure with Siouxsie and the Banshees, The Top is arguably the most hedonistic record the Cure ever produced. Essentially Smith and Lol Tolhurst working with studio musicians (this being the period when the Cure’s lineup was never assured), it’s an album obviously recorded under stress, drink, and drugs. More wildly experimental musically than anything before it, it laid the foundations for the Cure’s pattern of unpigeonholable albums that were to erase their reputation built by Pornography and eventually culminating in Kiss Me, Kiss Me, Kiss Me. That said, it’s still very much a Cure record. Heavy on the percussion and quaint keyboard effects that were so big in the ’80s, the melodies (“The Caterpillar,” “Shake Dog Shake”) are unmistakably Robert Smith. The big change this time around is his ability to fuse the paranoia and neuroses of former work (Pornography) with his newfound use of pop melody and outside influences (i.e., world travels, sounds, instruments) to moderate success (“Wailing Wall,” “Piggy in the Mirror”). A more psychedelic descent than Pornography, The Top is a transition, never really feeling like a full-length release, but it does meld all former phases of Rob and company, which would fully gel on The Head on the Door. At best an imperfect record, The Top is a necessary step in the evolution of the band.