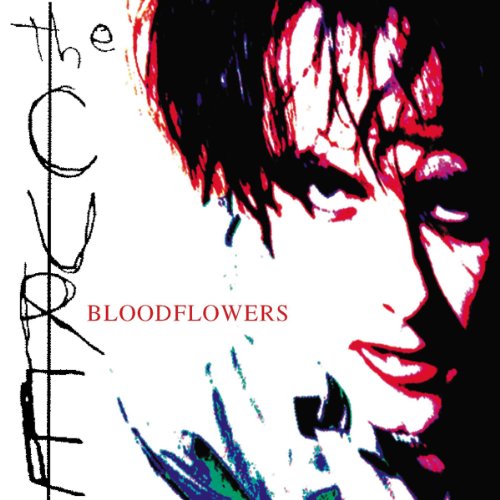 The Cure edged into new territory with Wild Mood Swings, but nevertheless drew scorn from certain quarters because it eschewed goth rock for pop, both pure and twisted. For 2000’s Bloodflowers, Robert Smith decided to give the people what they wanted: a classic Cure album, billed as the third part of a trilogy begun with Pornography and continued with Disintegration. That turns out to be more or less true, since Bloodflowers boasts all of the Cure’s signatures: stately tempos, languid melodies, spacious arrangements, cavernous echoes, morose lyrics, keening vocals, long running times. If that’s all you’re looking for, Bloodflowers delivers in spades. If you want something transcendent, you’re out of luck, since the album falls short of the mark, largely because it sounds too self-conscious. As one song segues into the next, it feels like Smith is striving to make a classic Cure record, putting all the sounds in place before he constructs the actual songs. That makes for a good listening experience, especially for fans of Disintegration, but it never catches hold the way that record did, for two simple reasons: there isn’t enough variation between the songs for them to distinguish themselves, nor are there are enough sonic details to give individual tracks character. While Disintegration had goth monoliths, it also had pristine pop gems and elegant neo-psychedelia; with a couple of exceptions, the songs on Bloodflowers all feel like cousins of “Pictures of You.” The album is certainly well made, and even enjoyable; however, its achievement is a bit hollow, since it never seems like Smith is pushing himself or the band. Nobody else can come close to capturing the Cure’s graceful gloom, but it’s hard to shake the suspicion that Bloodflowers could have been something grand if he had shaken up the formula slightly.