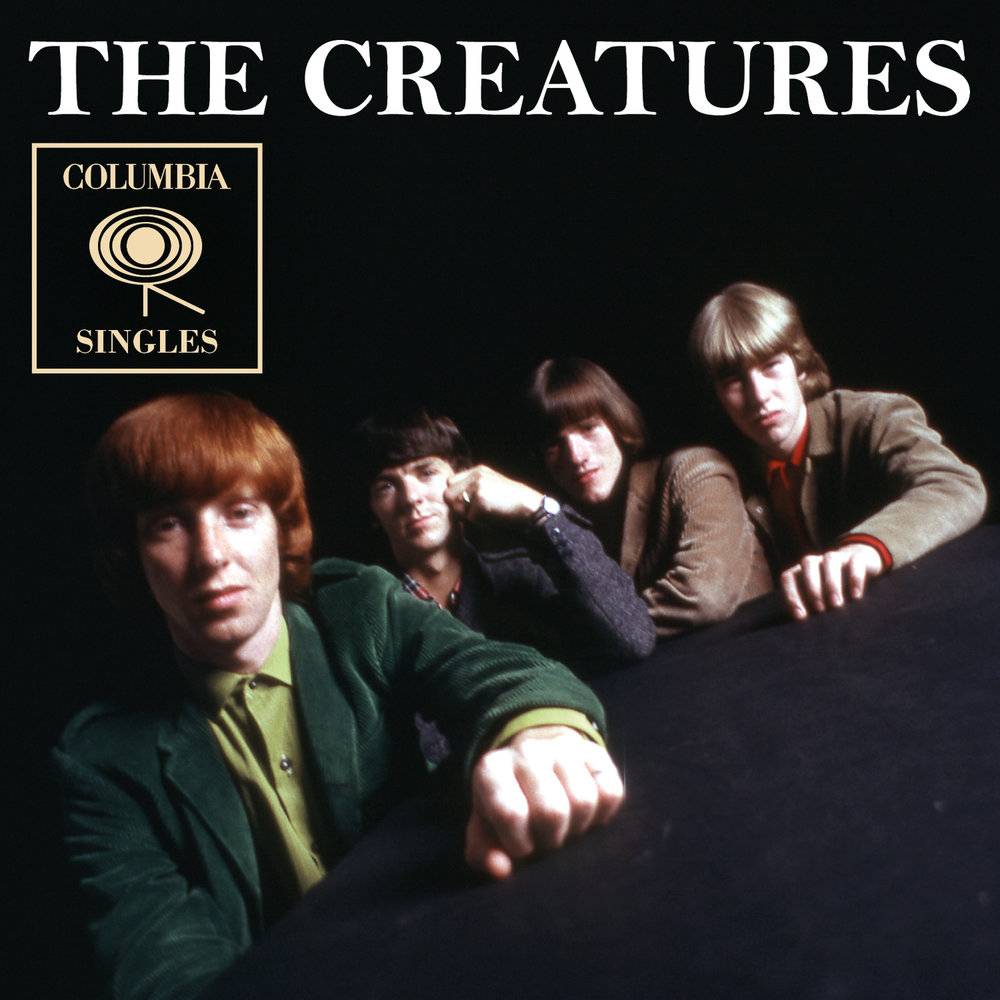 The Creatures were one of the key beat groups to emerge from Ireland in the 1960s. They were also one of the few Irish acts to attempt to by-pass the UK market and ambitiously aim straight for the US charts, and in the process they left behind a considerable recorded legacy which has been regrettably overlooked by the digital age.

First there were The Hootenannys, featuring guitarists Jim Dalton, Bobby Kelly and Liam McKenna, bassist Frank Boylan and drummer Ray McDonald. They issued just one single, pairing the Shadows-style instrumentals Fiona / 6.10 Special in 1964, with royalties donated to the ‘Conquer Cancer Fund’. Jim Dalton was soon replaced by lead guitarist Brian Harris, and when Bobby Kelly left, McKenna, Boylan, McDonald and Harris renamed themselves The Creatures in April 1965. They quickly built a following and became a fixture of the Dublin clubs. They performed at the Locomotive Club in Paris in August 1965 where they impressed New York producer Neil Levenson of Columbia Records. Back home, Liam McKenna, Frank Boylan and Brian Harris stood out amongst a crowd queuing for a Rolling Stones concert at Dublin’s Adelphi Theatre on Abbey Street in September 1965, and were interviewed for the documentary film ‘Charlie Is My Darling’. Neil Levenson arranged a recording session at Advision Studios in London in late 1965, where the band recorded ten demos which earned them a one-year contract with Columbia Records USA. The band spent most of 1966 in the USA, where each of their four singles were originally issued during 1966 and 1967. The first three received a delayed release in Ireland and the UK on the CBS label, but their only chart hit was in Ireland with debut single Turn Out The Light, despite it being banned by RTE Radio Eireann. Neil Levenson wrote or co-wrote much of the band’s recorded material, with the notable exception of the sophisticated Barry Mann/Cynthia Weil song Looking At Tomorrow, and Someone Needs You – apparently written by Frank Boylan’s brother. Their sound on record ranged from hard R’n’B to pop ballads. The American chart break-through never came however, and The Creatures returned to Ireland in late 1966 when Columbia chose not to renew their contract.