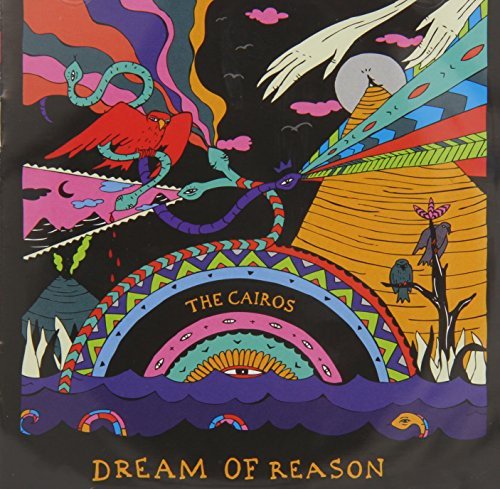 Following on from their critically acclaimed EP ‘Colours Like Features’ in 2012 , The Cairos have spent over a year working away on their debut album ‘Dream of Reason’. The Brisbane locals wrote over 100 songs before they were satisfied with the final tracks selected for the album. ‘Dream of Reason’ was then produced and mixed by Nick Didia (Rage Against the Machine, Powderfinger, Bruce Springsteen) at Studios 301, Byron Bay. Ian Haug of Powderfinger fame also features as a special guest on the album. ‘The last two years involved a lot of change in our lives as individuals and as a band. For us, we really had to step back and understand: what we were about, what we believed in and where we wanted to be heading. There was a real sense of urgency in learning how to record and produce to give ourselves the best chance of realising our ideas. The result was the most productive time we’ve ever had creatively’. The songs making up the album include tunes written over the space of over a year so you find yourself being inspired by all kinds of ideas and moments. Having four songwriters in the band means four different ways of looking at things. Musically, we all come from varied backgrounds and finding a common ground is always an exciting challenge. Lyrically, the album winds its way through a series of emotions. Obsession, desire, madness, catharsis, understanding and reason through to resolve and then perspective. Inspiration can strike at any time, it’s capturing those moments and translating them that matters most’ lead singer and guitarist Alistar Richardson has said of the making of the album.