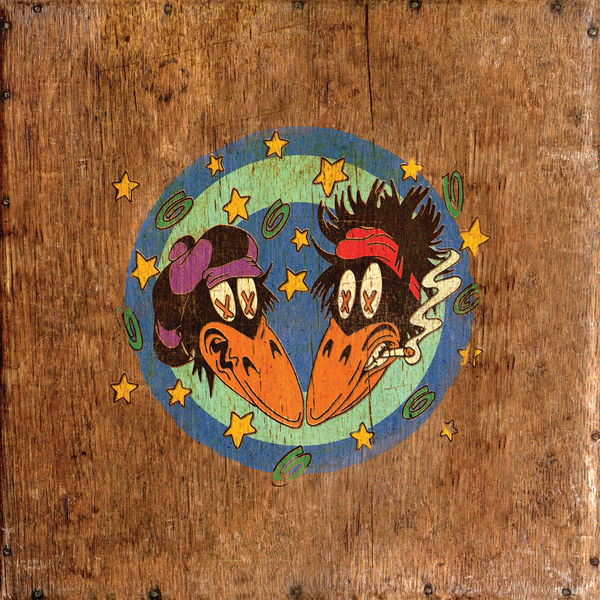 It’s hard to imagine today but Atlanta used to very much be a musical backwater. Before the early ’90s—when the city became the epicenter of American R&B and hip-hop thanks to the work done by L.A. Reid, Babyface, Jermaine Dupri, and many others—Atlanta was pretty much just a huge Southern city more known as a requisite tour stop (it’s where the Sex Pistols kicked off their U.S. tour!) than for its homegrown talent. There had always been a vibrant music scene, but despite its creative breadth, it was mostly appreciated at the local level. Occasionally, artists would break through, but the idea of an “Atlanta scene” was laughable, a situation made even more embarrassing by the fact that tiny Athens—just an hour north —boasted a far more critically appreciated stable of bands. So when, in 1990, a band called the Black Crowes began dominating rock radio with their debut album, even some Atlanta music fans were surprised to discover that this was, in fact, a local act.

Previously known as Mr. Crowe’s Garden, the band achieved moderate regional success with their punkish and somewhat shambolic take on classic rock tropes, but the focused, muscular, and surgically precise sound of Shake Your Money Maker was an altogether different beast. While fellow Atlantans Georgia Satellites had hit paydirt a few years earlier with a similar—albeit more barroom-focused—formula, the Crowes approach was far more studious. While they would later become renowned for their loose, jammy live shows (and even their follow-up would reveal a far more interesting spectrum of southern musical influences), Shake Your Money Maker found the Black Crowes reading the catechism from The Holy Book of Rock & Roll like the most true-believing evangelists. And while the album didn’t score a whole lot of points for originality, it more than made up for that with its confidence, swagger, and sheer skill. Of course, Chris Robinson’s vocal style—equal parts Mick Jagger and Faces-era Rod Stewart with a measure of gravelly Stax soul for flavor—was a highly effective delivery mechanism, but the twin guitars of his brother Rich Robinson and Jeff Cease (who would be the first of many “former members” of the band) were both beefy and melodic, and the highly underrated rhythm section of Johnny Colt and Steve Gorman managed to be both locked in tight and fiercely swinging. The combination was irresistible, providing a powerful reminder of the instinctive strengths of rock ‘n’ roll (which, you must remember, was kind of on the ropes in those post-spandex, pre-grunge years). Sure, scoring a hit with a cover of a hit (“Hard to Handle”) may not be the best way to establish your creative abona fides, but being able to follow that up with more interesting singles like “Jealous Again” and “Twice As Hard” proved that the band was capable of more than just xeroxing the greats. This fleshed-out 30th anniversary reissue does a marvelous job of putting the work into perspective, unearthing early Mr. Crowe’s Garden demos, a few studio outtakes (“Charming Mess” being the best), and an absolutely barnstorming hometown concert recorded around the time of the album’s release. – Jason Ferguson