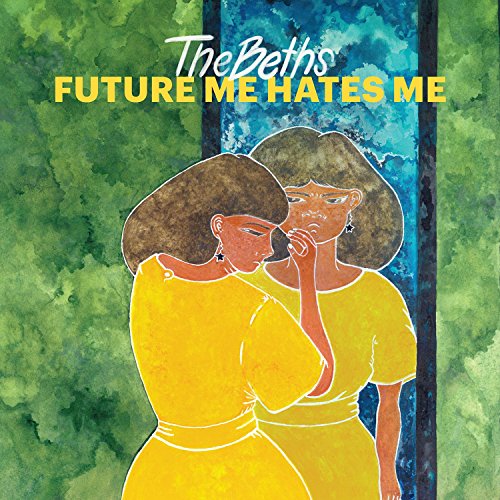 Future Me Hates Me is the fresh and likable debut full-length from New Zealand indie rockers the Beths. Boasting tight, punchy songwriting, polished but unpretentious production, and an engaging personality in frontwoman Elizabeth Stokes, it channels both ’90s indie rock as well as current sensibilities to great effect.

The Beths pull of the enviable trick of making a great first impression while still managing to pack their songs with enough detail to satisfy studious later listens. The band’s own studies could have something to do with this — all are jazz-trained, and many of the album’s appealing subtleties can be found in their impeccable pacing and dynamics, giving longer songs room to breath without sacrificing their tuneful immediacy.

Some of these are real highlights too — “Little Death,” with its driving chorus arriving a full minute in, and the soaring vocal harmonies that close out “Whatever” come to mind.

It would be remiss not to mention these vocal harmonies specifically: all members are credited in this regard, and to hear them nailing these moments is a real treat. “Not Running” and the aforementioned “Little Death” have especially great arrangements, but it’s a highlight throughout Future Me Hates Me, and anyone who loves British indie punks Martha for this reason should be laser-focused on this debut from the Beths. Future you will definitely not hate this album.