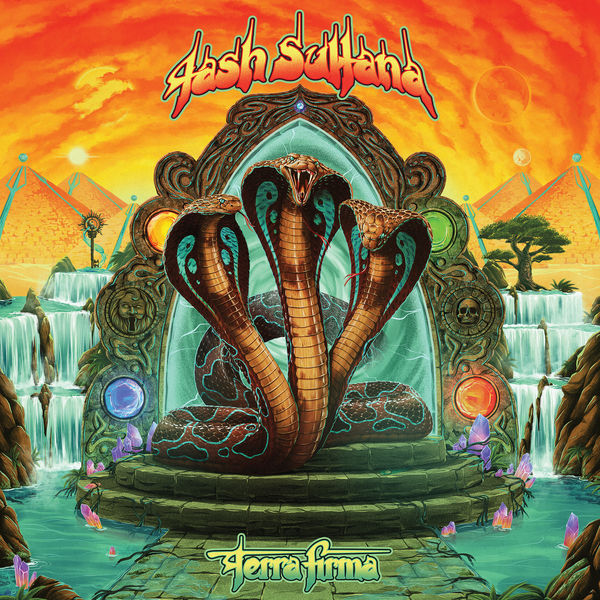 One of Australia’s greatest self-made successes, Tash Sultana is a one-person powerhouse who commands multiple instruments and gear, whether on-sage or in-studio. A globe-trotting sensation with a live show that needs to be seen to be believed, the 25-year-old’s second album Terra Firma is a natural evolution of their multi-dimensional jams. The follow-up to 2016’s ARIA-winning Flow State was recorded in a custom-built studio over nearly a year. From the expansive ‘Coma’ to the evocative ‘Greed’, almost every note was composed, arranged, performed and engineered by Tash. Improving significantly as a singer, player, producer and arranger, the solo star – for the first time – opened up to like-minded collaborators, including Matt Corby and Dann Hume, Jerome Farah, and Josh Cashman. Spiritually, Terra Firma finds the artist reconnecting to their roots, returning to earth after the dizzying heights of success, and reminding themselves who they are and what it means to be human. Musically however, its 14 tracks take root into far-reaching sonic territory, departing from loops and layers towards meditative combinations of soul, funk, RnB, folk, rock, hip hop ‘ you name it.

Make no mistake about it. Behind its mystical cover worthy of a progressive rock band from the 70s, Terra Firma hides the unclassifiable second album from Tash Sultana. Natasha is one of those who started early and alone. At the age of three, her father gave her her first guitar. As a teenager, she roamed the streets of her native Melbourne. Then she conquered the rest of the world in 2016 with the 70 million views for Jungle, the result of her prolific bedroom sessions which she broadcast on YouTube. After three EPs on her own label Lonely Lands, the young Australian released Flow State in the summer of 2018, a pop-soul patchwork from her youth on which she played all the instruments (she has mastered about twenty of them) using loops and effect pedals, her trademark. Since then, she’s been filling stadiums and an appearing on front covers, like Rolling Stone magazine with whom she talked about the Stratocaster TC Signature dedicated to her by Fender.

“Terra firma is the ground and the earth, you put your feet on it to remember where you are, where you come from,” says the woman who plans to turn her dazzling success into a long-term career. Further raising the bar, Tash Sultana takes care of the musical arrangement, with the production of her records entrusted in part to Matt Corby. This can be heard from the off with the instrumental Musk, whose lustrous guitars, groovy sax, and catchy bass pave the way for the following 14 tracks that oscillate between soul, R’n’B, funk, folk and suave pop. To arrive at this rich, well-balanced, hypnotic but never redundant blend, which she sees as “a meeting between Aretha Franklin, Bon Iver, John Mayer and others”, Tash has had to surround herself with other talented musicians. Thus, we find the rapper Jerome Farah (Willow Tree) and Josh Cashman (Dream My Life Away), both from Melbourne. A masterstroke, at only 25 years old. © Charlotte Saintoin