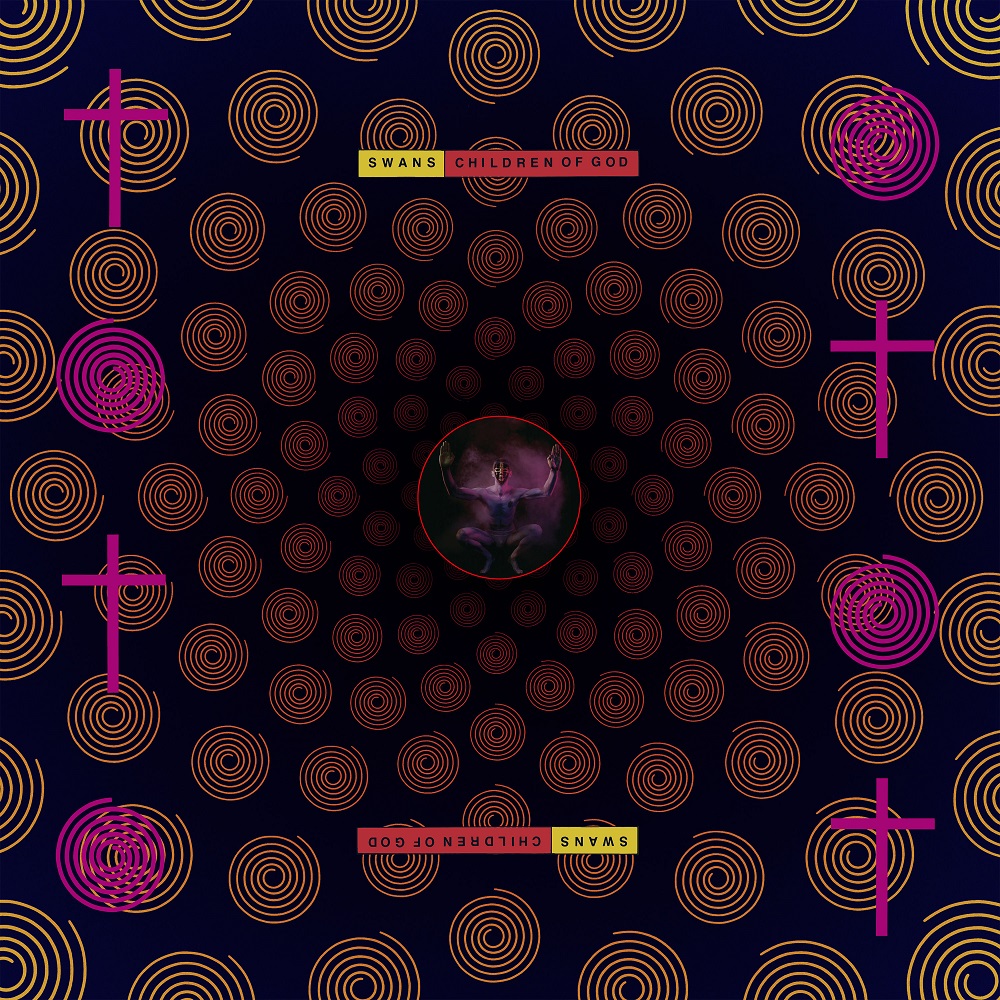 SWANS have announced a remastered reissue of Children of God on 13 November 2020 via Mute / Young God Records. The album, originally released on Product Inc. (a subsidiary of Mute) in 1987 will be available on vinyl in its original packaging for the first time since that release and both the CD and vinyl issues will include the live album, Feel Good Now, recorded on the 1987 Children of God European tour.

“By 1986/7 Swans had run its course with the physical assault of sound that we had employed previously for the most part. I wanted to move on to other things and didn’t want to get stuck in some style, which in our case had the potential of becoming cartoonish if we’d continued in that direction. So, I pushed the music into unfamiliar territory. We spent 6 weeks in an old isolated medieval sawmill in Cornwall, England “experimenting” and hashing things out. Even though there was the inevitable tension between myself and the musicians at that time, I remember that episode fondly and miss everyone involved…sigh. Everyone did a great job musically, as well as imbibing with enthusiasm the local brews and eating huge amounts of free food. Jarboe came more to the fore as a presence too. The lineup of Gira / Kizys / Westberg / Jarboe / Parsons was a really good version of the band – one of the best live versions of Swans ever – actually much more intense and visceral in performance than in the nuanced takes of the songs on these recordings. Lyrically, I’d always seized on abstract subjects like money/power/sex/work, etc., and I was watching a lot of Jimmy Swaggart on TV (the televangelist), and I thought he was a great rock performer, so I stole his thunder as best I could. I didn’t want to mock the religious impulse, which would have been a typical thing to do at the time, but instead to get inside it. Everyone wants to lose themselves in something bigger than they are. I don’t know if this is a bad thing or a good thing. Anyway, Children of God was a major turning point for Swans and the musical tendencies that are first engendered here were fertile ground for the remaining future records.” – Michael Gira/Swans 2008

“Children of God, one of the band’s strongest releases, established Gira as an Old Testament tyrant obsessed with the nature of love, human frailty, and the midnight beauty of black orchids. Much of Swans’ earliest work on Filth and Young God found the band fixating on single beats in a brutally sweeping, industrial cacophony, in many ways the realization of the theories of the Futurists. Later, with the addition of Jarboe, Gira brought more varied sounds into the mix, melding hooks and spatial variation to the unwavering rhythms. Children of God stands as a solid example of this transition: the maniacally heavy drone of the album’s opener, “New Mind” gives way to the fragility of Jarboe’s “In My Garden”. This is one of a dozen wonderful juxtapositions here; in its expansiveness, Children of God brings to mind disparate touchstones: Joy Division’s factory-worker melancholy, more elaborately atmospheric Black Metal bands like Emperor who deal in swirling beauty and intensity, Big Black for pure aggression, and old-time softness of traditional folk.” – Brandon Stosuy, Pitchfork 2003