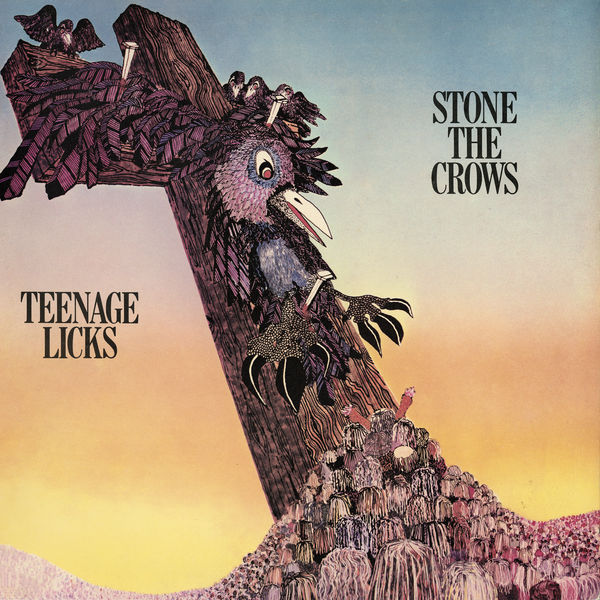 The band though were dealt a massive blow on May 3rd 1972 when Les Harvey was electrocuted onstage at The Swansea Top Rank and died. The band elected to try and carry on and JIMMY McCULLOCH (THUNDERCLAP NEWMAN) joined and finished off the recording parts for the band’s new album “Ontinuous Performance”. The album charted in the UK at number 33 but as Maggie said “The fire had gone out of us. When Les died we lost something so in 1973 we split”.

“This third album from Scotland’s Stone the Crows was as close to hitting on all cylinders as they ever came in the studio. With some personnel changes following Ode to John Law (a new bassist and keyboard player), they powered through the disc, with “Big Jim Salter,” “I May Be Right I May Be Wrong,” and their version of Dylan’s “Don’t Think Twice” being the absolute standouts. The figureheads of vocalist Maggie Bell and guitarist Les Harvey had never sounded better as they worked in a pure rock vein, abandoning the blues aspect of their sound (Indeed, “Aileen Mochree” took them into Gaelic, a pleasant, brief side track) – check “Mr. Wizard” to get a good picture of where they were really headed. Of course, it wasn’t a one-dimensional sound; the keyboard-dominated “Seven Lakes” was full of pseudo-classical portentousness, almost de rigeur for the period. But it was when they rocked that Stone the Crows were at their best, and with this album they seemed truly poised to move up to the big time.” (Chris Nickson, AMG)