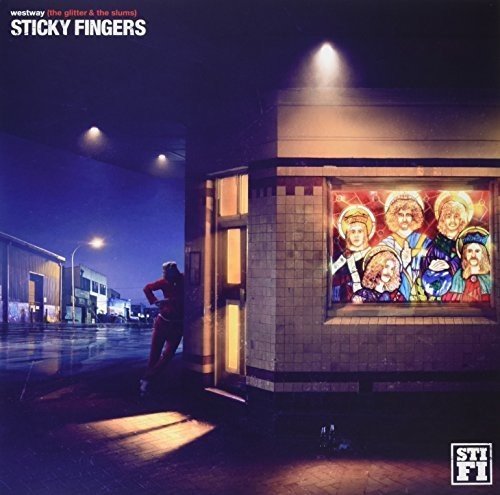 Coming off the success of their critically acclaimed sophomore album ‘Land Of Pleasure,’ Sticky Fingers have had an impressive last few years. The lads spent most of 2015 abroad with a plethora of shows around the world, taking them to USA, Canada, Europe, UK, and New Zealand multiple times. The album debuted at #3 on the ARIA charts, stormed the AIR Independent Album Chart at #1, was triple j feature album with three tracks making it into the 2015 Hottest 100 (“Gold Snafu” making it to the top 20) and also making it in 2016 despite not releasing a single that year (their Like A Version of DMA’s ‘Delete’ coming it at number 84). Stickies also performed to a record-breaking early attendance crowd of 20,000 people at Splendour In The Grass in 2014 before returning this year to play to one of the biggest crowds in the festival’s history, as well as Falls Festival, Woodford Festival, Southbound Festival and BW Festival (NZ) all over one New Year period, sold out second and third dates on their national tours time and time again, as well as sold out a March national tour without even announcing it (and then did it AGAIN). They graced magazine covers (draped in velvet and kittens) reached a milestone two million views on their video for ‘Australia Street’ as well as close to a million views on all their other videos, and released a cover and clip of The Specials “Ghost Town” protesting the Sydney Lock outs – subsequently making headlines on the impact of the laws on the local music scene. Finally, the Sydney 5-piece kicked off 2016 by spending 4 weeks in Thailand at Karma Sounds Studios with producer Dann Hume recording their anticipated third album ‘Westway (The Glitter & The Slums). After almost two years of non-stop touring, the endless road and building animosity had taken its toll, leaving the band emotionally and physically exhausted. What started as a time saving venture to record and get a much needed holiday in a tropical paradise turned into a month-long beachside saviour – rebuilding and revitalising the band, and producing their best collection of songs to date.