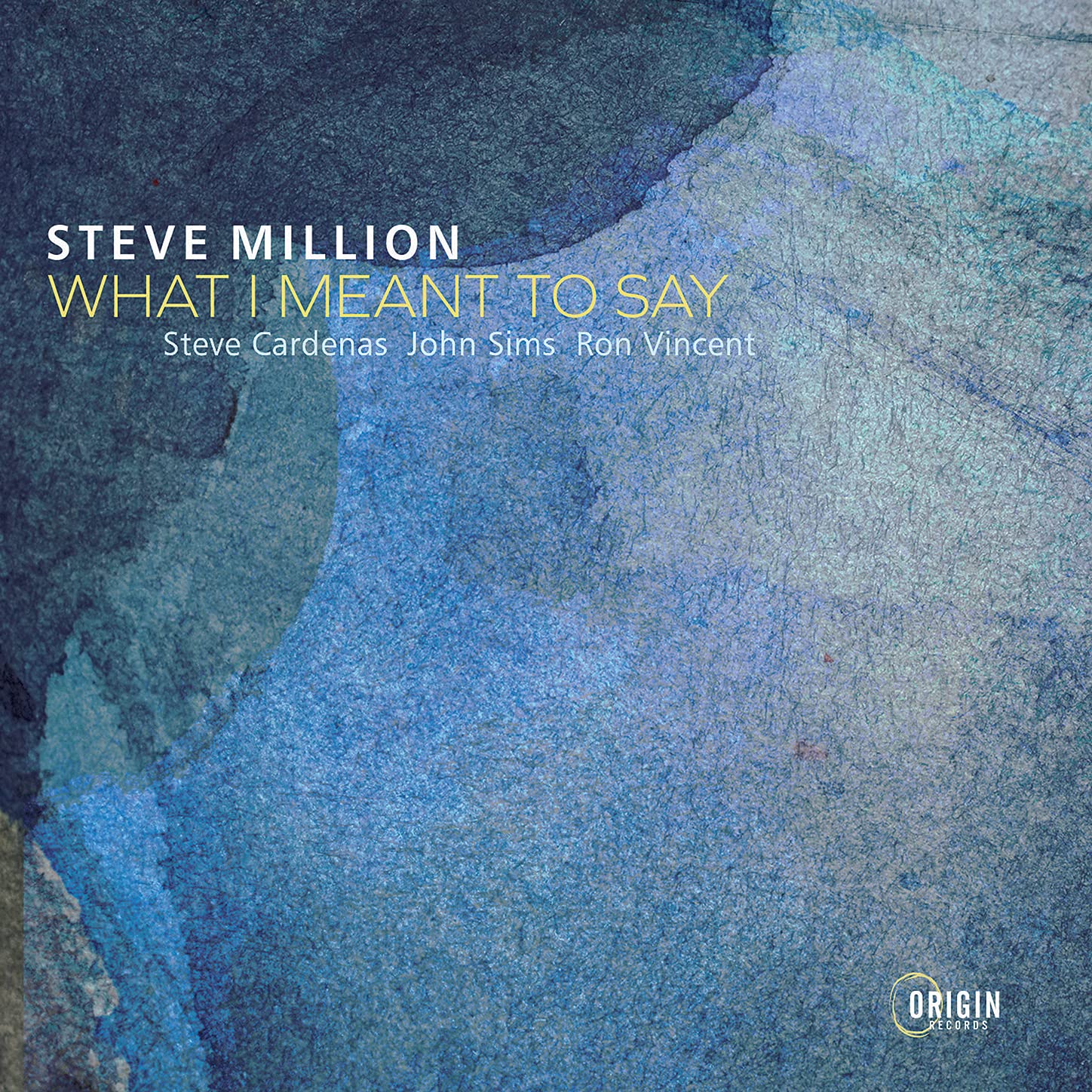 What I Meant to Say is as much about the enduring relationships of these players over several decades as it is about the compositions of Chicago pianist Steve Million.

Million met guitarist Steve Cardenas and drummer Ron Vincent when they all lived in Kansas City in the late ’70s, and by 1980 they fully realized their musical kinship, performing widely under the name “Four Friends.” It was with Million’s and Vincent’s move to New York in 1981 that the band ceased performing, but the music and camaraderie dwelled in their musical hearts ever since. Finally, in November 2019 they gathered in New York, along with bassist John Sims, to play, enjoy each other’s company, and see how the music fared over the decades. “Four Friends” no longer exists, but the music is reimagined by these old compatriots who have since learned much along the way about this sound they shared and developed as young men.

“Million doesn’t rely on fireworks or flash; the impact of his work comes in the steady accretion of ideas over the course of an improvisation and the gorgeous details of his interaction with the rhythm section” – Neil Tesser