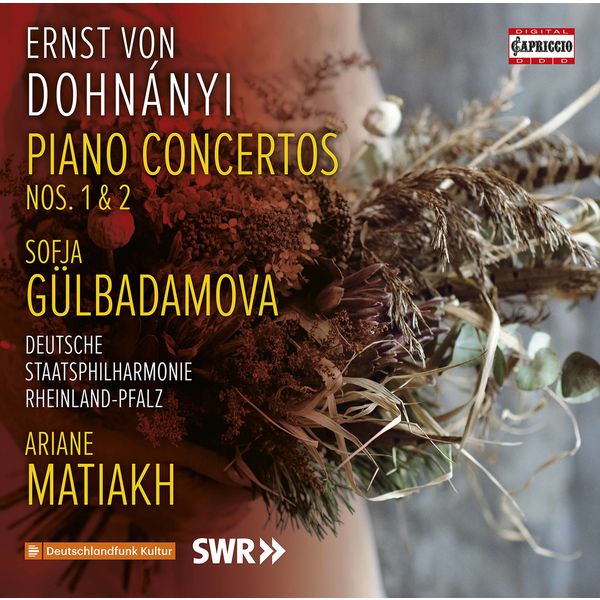 Ernst von Dohnányi was one of the most versatile and influential musicians of his time, but his stage works, orchestral compositions (including symphonies and concertos) and numerous chamber music pieces are now seldom played. This is the fourth album in Capriccio’s series of recordings of Dohnányi’s works that remain less well known. The programme features his late romantic, sensual music which is deeply rooted in the Austro-German classical tradition. There is nothing in the musical language of these piano concertos (rhythm, melody, harmony, orchestration) that Brahms would have found unfamiliar.

Sofia Gülbadamova, an acknowledged expert in Dohnányis piano music, has already released a recording of his complete works for solo piano on Capriccio, and Gramophone described her playing as a full-blooded, stirring interpretation. This recording was in good hands, benefiting from the judicious orchestral direction of Ariane Matiakh, who also recently released his performance of Dohnányis The Veil of Pierrette.