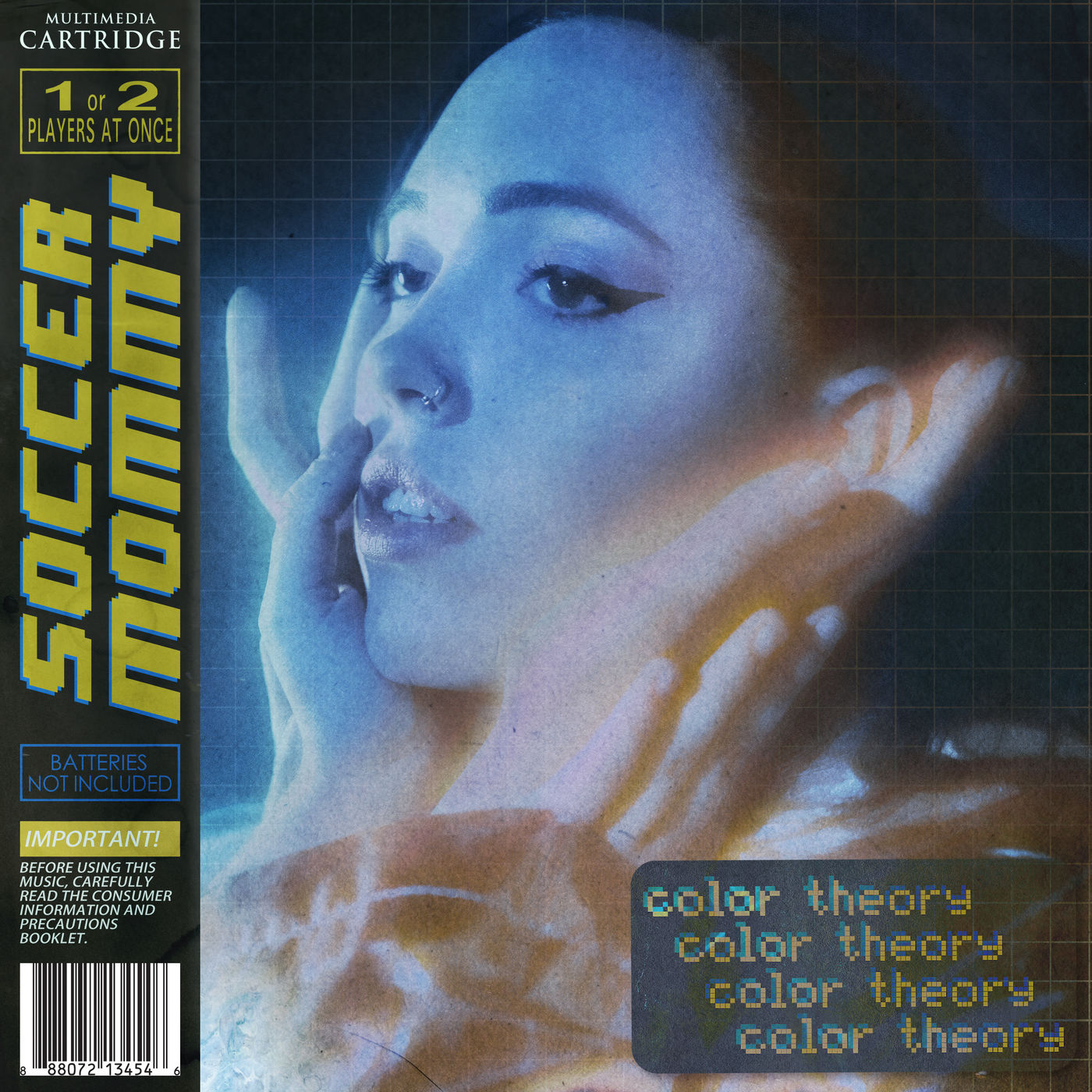 Confronting the ongoing mental health and familial trials that have plagued Allison since pre-pubescence, color theory explores three central themes: blue, representing sadness and depression; yellow, symbolizing physical and emotional illness; and, finally, gray, representing darkness, emptiness and loss. Written mostly while on tour and recorded in Allison’s hometown of Nashville at Alex The Great, color theory was produced by Gabe Wax (who also produced Clean), mixed by Lars Stalfors (Mars Volta, HEALTH, St. Vincent), and features the live Soccer Mommy band on studio recording for the first time, with a live take at the foundation of almost every track. The resulting album is a masterpiece that paints an uncompromisingly honest self-portrait of an artist who, according to 100+ publications, already released one of the Best Albums of 2018 and the 2010s, and is about to release an early favorite of 2020.

Though Soccer Mommy’s Sophie Allison generated buzz as early as 2015 with her introspective, then-self-recorded tracks, the project made its official debut three years later with Clean, a critically lauded set of hooky, heartbroken songs with lyrics that were notably vulnerable and relatable. That more hi-fi release was produced by Gabe Wax, known for his work in the studio with acts like the War on Drugs, Cass McCombs, and Frankie Cosmos. The pair reunited for the follow-up, color theory, Soccer Mommy’s Loma Vista debut. The title comes with a thematic key code; the album is divided into three sections represented by blue, yellow, and gray, each with its own associated topics and emotions (sadness, mental and physical sickness, and darkness). Her terminally ill mother is a major presence on the record. Importantly, however, knowledge of the thematic design isn’t necessary to connect with the material here. Color theory opens with “Bloodstream,” which quickly establishes a grunge-lite, full-band, ’90s alt rock-indebted sound and head-bobbing, midtempo rhythm. (It’s her first album to be recorded with her live band.) Meanwhile, detached, double-tracked vocals deliver lines like “I’ve barely left my room in the past week” and “Happiness is like a firefly on summer evenings/Feel it slipping through my fingers but I can’t catch it in my hands.” Elsewhere in the first section, the melancholy “Night Swimming” submerges Allison’s conversational remembrances in layers of sustain and field recordings. The second section opens with the summery, uptempo — and anxiety-ridden — “Crawling in My Skin,” which leads to the centerpiece, the over-seven-minute “Yellow Is the Color of Her Eyes,” a moving power ballad of sorts about her mother. To close, the three-song final section wraps with the eerie, loss-themed “Gray Light,” whose spacious arrangement includes percussive electronics, rippling distortion, staticky hiss, and other effects alongside guitars. It ends with the words “I’m watching my mother drown.” Setting its heavy lyrical poignancy aside, with a production design partly inspired by the idea of coming across an old cassette tape, Allison has described color theory as sounding to her like “the music of my childhood distressed.” Though the songs here aren’t quite as immediately infectious as Clean, its combination of deceptively warm surfaces, alluring melodies, and subtly distorted textures reward repeat listens with that sense of discovery. – Marcy Donelson