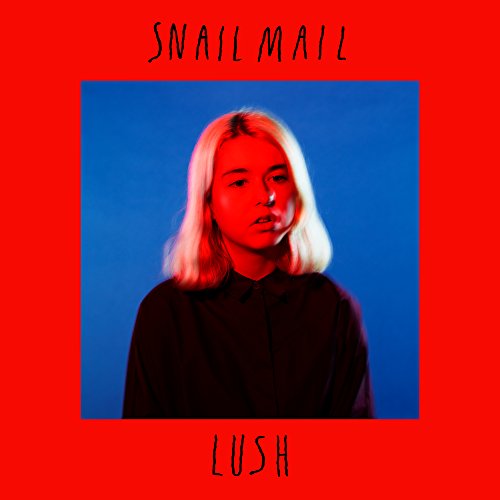 Lindsey Jordan is on the brink of something huge, and she’s only just graduated high school. Her voice rises and falls with electricity throughout Lush, her debut album as Snail Mail, spinning with bold excitement and new beginnings at every turn. In the time that’s elapsed since Habit, her 2016 EP, Jordan has graduated high school, toured the country, opened for the likes of Girlpool and Waxahatchee as well as selling out her own headline shows, and participated in a round-table discussion for The New York Times about women in punk — giving her time to reflect and refine her songwriting process by using tempered pacings and alternate tunings to create a jawdropping debut both thoughtful and cathartic. Recorded with producer Jake Aron and engineer Johnny Schenke, with contributions from touring bandmates drummer Ray Brown and bassist Alex Bass as well, Lush sounds cinematic, yet still perfectly homemade. “Is there any better feeling than coming clean?” sings the eighteen-year-old guitarist and songwriter halfway through the sprawling anthem that is “Pristine,” the album’s first single. You can’t help but agree with her. It’s a hook that immediately sticks in your head—and a question she seems to be grappling with throughout the record’s 10-songs of crystalline guitar pop. Throughout Lush, Jordan’s clear and powerful voice, acute sense of pacing, and razor-sharp writing cut through the chaos and messiness of growing up: the passing trends, the awkward house parties, the sick-to-your-stomach crushes and the heart wrenching breakups. Jordan’s most masterful skill is in crafting tension, working with muted melodrama that builds and never quite breaks, stretching out over moody rockers and soft-burning hooks, making for visceral slow-releases that stick under the skin. “The artist I’m most excited for in 2018” -Jon Caramanica, NYTimes “Songs that combat the acute smallness of suburban youth, filling in empty space with punk-inflected guitar and imagining vantages from which everything feels bigger and more beautiful”. Pitchfork “Rarely can we witness the creative progression unfold from prodigious potential to fully realized vision so quickly” – NPR