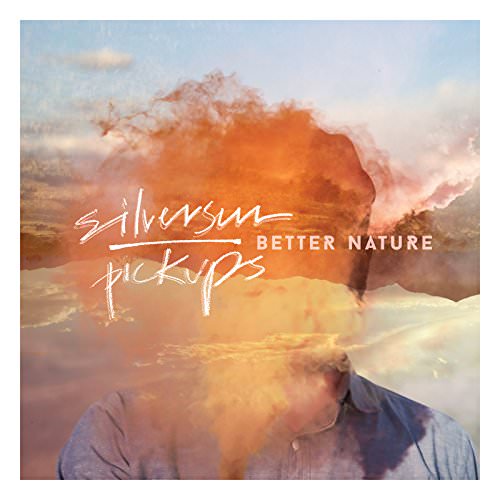 One could argue that in the year 2015 you can do better for a musical role model than Billy Corgan, and it sounds as if Silversun Pickups are slowly but surely reaching a similar conclusion. The Los Angeles-based alternative outfit have long coveted the scale and the drama of Smashing Pumpkins in their glory days, but on their fourth album (and the first for their own New Machine label), 2015’s Better Nature, Silversun Pickups are still thinking big but with a more streamlined approach. The group’s melodies are little changed, and the scope of the production and arrangements still leans to big sounds and broad dynamics, but this time out, Brian Aubert’s guitars are audibly less interested in commanding their surroundings. Instead, Joe Lester’s keyboards step to the forefront on these sessions, and Better Nature is full of clean surfaces and sweeping synthesizer patches that at times suggest a full-bodied variant on ’80s synth pop, a sound reinforced by the clean, precise but lively production from Jacknife Lee. Bassist Nikki Monninger and drummer Christopher Guanlao certainly give Better Nature a bottom end that suits a rock record, and Aubert delivers these songs like they have anthemic potential, but the pulsing sequencers and clouds of keyboards are the sounds that ultimately define Better Nature, and while the homage is less overt (and less specific to any one group), sometimes this album suggests Silversun Pickups have simply traded in one dominant influence for another. But the IMAX-sized production and arrangements work well with the album’s songs, and the final three tracks — “Latchkey Kids,” “Raggamuffin,” and “The Wild Kind” — match form and content with impressive results, giving this set a grand-scale finish that justifies their faith in tuning up their game plan. Better Nature suggests Silversun Pickups have an interesting future ahead of them as their sound evolves, and as for Billy Corgan — hey, buck up, buddy, you and the Pickups had a good run for a while.