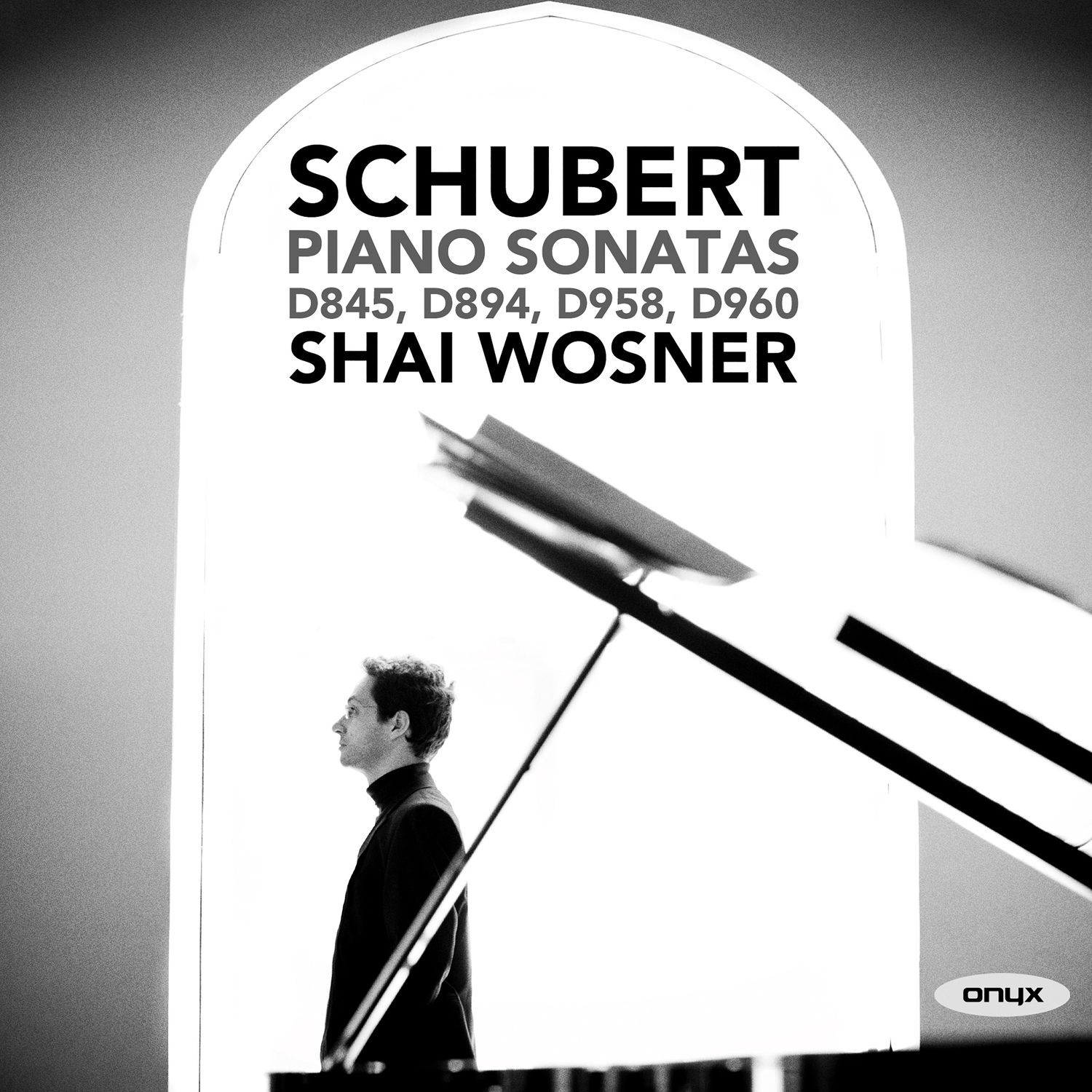 Following on his critically acclaimed disc of Brahms and Schoenberg, Shai Wosner s second release for Onyx focuses on the music of Franz Schubert. Here he plays a selection of music including the composer s two late sonatas in fabulous performances that are sure to enhance his rising-star status. These works are in many ways polar opposites. Written in 1825, a year when the composer s health was robust and his finances in good order, the powerful, unfinished sonata D840 is monumental, stark and monolithic. The sonata D850, written at a time in the composer s life when he was broke, lonely and fighting with his publishers, is remarkable for its sunny disposition. This late masterwork was one of the few sonatas Schubert was able to publish during his lifetime and it brought him a very welcome payday of 300 florins.

“His playing of the German Dances has a muscularity and a lovely transparency, while the Hungarian Melody has an exquisite soulfulness. But what strikes the listener from the first few bars of the Sonata which opens this recording…is the aristocratic grace of Wosner’s tone, and his expressive shades of staccato.” (BBC Music Magazine)

“With this recital Shai Wosner declares himself a Schubertian of unfaltering authority and character. Entirely modern in style (tonally lean and sharply focused, never given to easy or sentimental options), he relishes every twist and turn in the so-called Reliquie Sonata…Wosner rivets your attention at every point. He also shows a high degree of charm and affection in the German Dances and the Hungarian Melody” (Gramophone Magazine)

“Wosner’s performance, with its extremes of dynamics, glistening pianissimos followed by thunderous fortissimos, certainly projects [a] sense of something epic, while making a link to late Beethoven, and to his last sonata, Op 111, in particular.” (The Guardian)

With this new release, Shai Wosner continues his journey to the centre of the world of Schubert – a composer for whom the Israeli pianist, who has lived in New York since the age of 20, has various forms of affinity, and especially with his four later Sonatas. The first hour brings together the great Sonata in a minor, D. 845, which Pollini recorded for Deutsche Grammophon in his youth, as well as the astonishing Sonata D. 894 in G Major, a journey of another order altogether, closer to the final piece which is preceded by the dramatic Sonata in C minor, D. 958. A follower of Emanuel Ax, Shai Wosner seduces with his supreme elegance. The magnetic poetry of his playing style finds especially promising ground in Schubert’s work – but also in the later pages of Brahms. His Schubert is pure, absolutely without ornament. The great delicacy in the variations of nuances, the attention to phrasing and the accuracy of tempo, the search for lyricism at the heart of an intimate discourse: all these facets again set Wosner apart as a musician, even if the relative absence of contrasts is sometimes striking (Sonata D. 894). At the heart of this double album, recorded over in six days in July 2018 at the American Academy of Arts and Letters in New York City, are the particularly moving moments at the Finale of the D. 845, at a very moderate tempo, or a very finely balanced D. 958 which was never going to sound like a romantic post-Erlkönig joyride here (as Svyatoslav Richter wanted it to be). On the contrary, only the song, in its contrasts, shines here: a seductively light touch. There is no surprise when we hear the opening strains of the Andante sostenuto of the D. 960 : music of the spheres, here absolutely aerial, but never ethereal! – Pierre-Yves Lascar