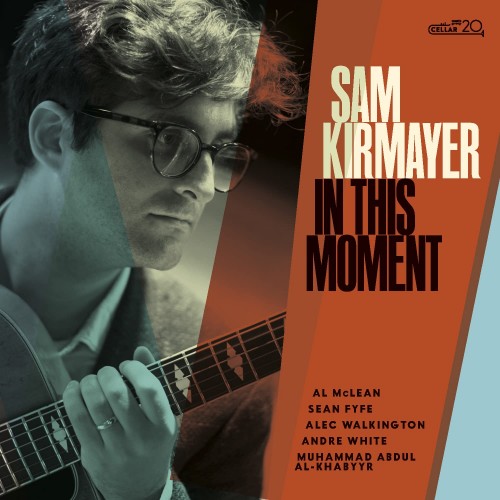 This recording, coalescing around Kirmayer’s marvelous guitar playing, band leading abilities with a medium-sized jazz aggregation, as well as his well-developed compositional prowess makes a powerful artistic statement indeed. I really love the sextet sound, states Kirmayer, particularly the playing and writing of Benny Golson, Woody Shaw, and such recent manifestations as the ‘One for All’ band. That said, there is not a lot of guitar present within many of the bands working in this style and so, in a nod to the adage ‘necessity is the mother of invention’ continues Kirmayer, I realized that if I was going to hear my guitar within this context, I’d have to write myself in. Which is exactly what he did! Of note throughout is how expressively Kirmayer conveys his deep and thorough knowledge of what musicians often refer to as the tradition, while simultaneously putting across forward thinking modernity. For me it is this: Kirmayer’s ability to reside, play with and put into flux the liminal space that exists between the present and some upcoming and inevitable, yet undefined, future musical direction that situates this young guitar and compositional talent both in this moment, and beyond.