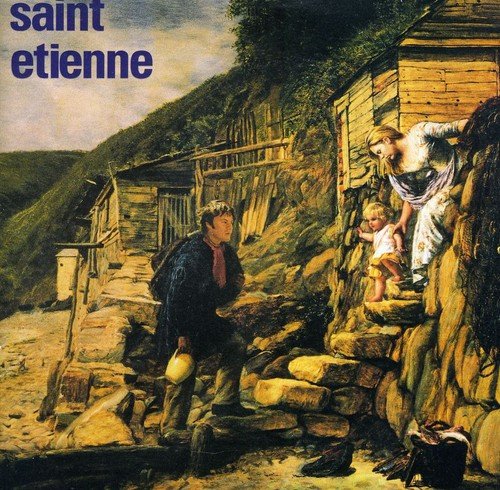 After three years (and two albums) of stunning development, Saint Etienne’s disco-llision of ’60s pop, ’70s dance, and ’90s club reached the peak by which they still are judged, with an album that is alternately heartwarming, heartbreaking, electrifying, and impossibly captivating. From the dramatic opener “Urban Clearway,” to the mysteriously Kraftwerk-ian “Like a Motorway,” and on through “Pale Movie” (that could make Valentino weep), Tiger Bay is everything that two generations of post-Beatles wannabes have labored to create, but have always been too in awe to complete: a melding of mood with momentum, emotion with eccentricity, and an endless succession of divine verses sliding into sad and sexy hooks. Tapping veins of nostalgic romance that bring a tear to the eye before you even know what the lyric is (once you do know, you’re a goner, no questions asked), the tracks then explode out of rhythms that could make a dead dog dance. Tiger Bay is alternately seductive, silly, and sassy. But it was also constructed with such an eye for sensuous detail that any attempt whatsoever to toy with the track listing can only shatter the crystal. [A U.K. reissue in 1996 added three extra tracks and none of them really fit, while the 1994 U.S. edition did the record an even greater disservice; its own additions forced the removal of two of the album’s finest moments: the luxurious drift of “Western Wind” and “Tankerville” — one an exquisitely haunted Sarah Cracknell vocal, the other a sweeping instrumental with a melancholic edge as dark as the edge of town. To hear “Boy Scouts of America” finally break through at the end of that is to witness sunrise at the end of the bleakest night. However, 2017 saw the release of a two-CD digitally remastered Deluxe Edition of Tiger Bay that restored “Western Wind” and “Tankerville” to the track listing and included bonus B-sides, rarities, and more.]