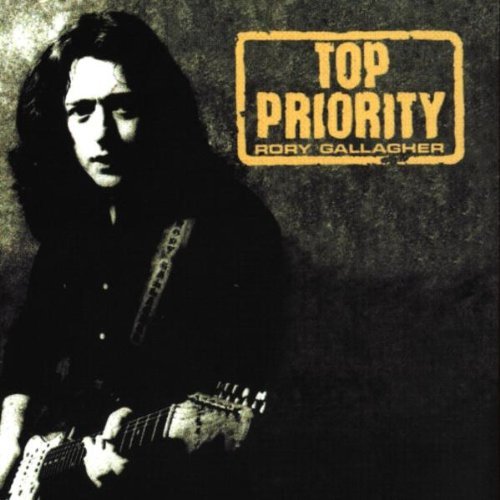 Gallagher’s fourth and final studio set for Chrysalis finds the Irish blues-rocker in prime form. Arriving only a year after Photo-Finish, when he spent much of his time on the road, it’s remarkable that Gallagher could continue to churn out the hook-heavy high-quality tunes he wrote for this album. Playing larger arenas toughened his songs and attack, almost all of which here are high-octane sweaty rockers. While that makes for some thrilling, intense music, the nonstop vibrant energy rush is never balanced out with a ballad or even the rootsy, swampy blues that Gallagher always performed with such authority. So even though the opening charging riff of “Follow Me”; the slower, urging groove of “Keychain”; and the melodic, relatively subtle hard rock of “Bad Penny” were notable inclusions to the Gallagher catalog and his concerts, the lack of acoustic tunes or less aggressive music gives the album a one-note feel. This isn’t helped by the two additional tracks added for the 1999 reissue, both of which stay locked in the same basic hard-edged format. That said, Gallagher and his backing duo are in top form, churning through the songs with remarkably crisp energy. Rory is starting to shout more than sing, but his voice was still powerfully expressive, and when he gets excited on the double-time, cranked up “Just Hit Town” as he overdubs his patented guitar lines, the blues-rocker’s guttural screams make it sound like he’s on fire. Gallagher also blows some snarling, overdriven harp for the first time in a while on “Off the Handle,” one of the album’s moodier tracks, and sounds enthusiastic throughout. Except for the lack of diversity, this remains a strong set from the Irishman, and is highly recommended, especially to his less blues-oriented fans.