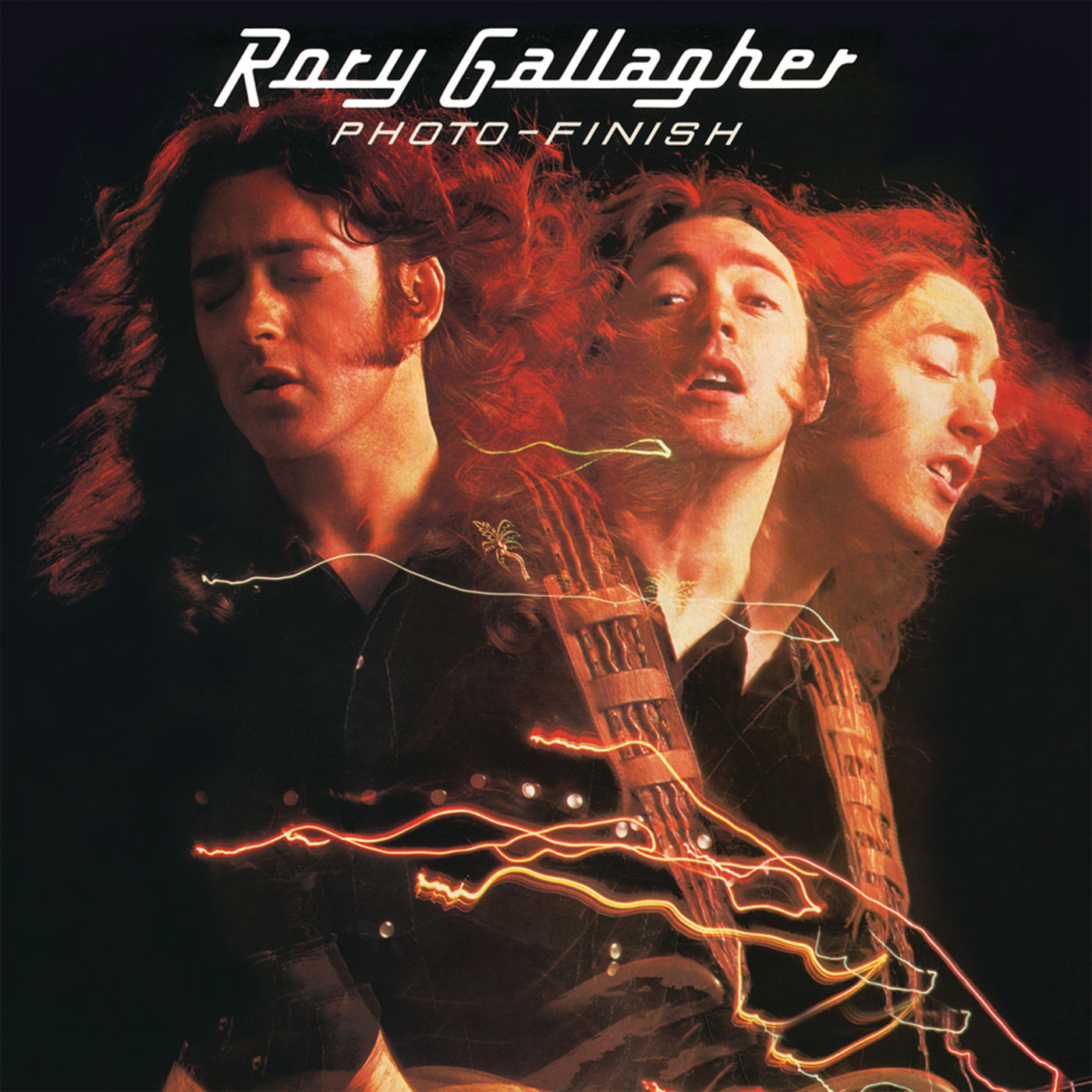 Photo-Finish is the ninth album by Irish musician Rory Gallagher, released 1st October 1978 and recorded at Dierks Studios, Cologne, Germany. Some of the songs on Photo-Finish were initially recorded on what was to be an earlier album in San Francisco but Gallagher was unhappy with the recordings. He fired the drummer and keyboardist from the current band and replaced only the drummer changing the band to a power trio as his original bands had been.

The album name reflects the fact that the finished product was delivered to the record company just at the deadline.[2] The album came after a two-year period without an album release, due to Gallagher’s decision to scrap the earlier version of the album and the need to recover from an accident to his thumb. Gallagher originally recorded many of the songs that would end up on Photo-Finish in San Francisco. Rather than producing the album himself as he usually did he worked with Elliot Mazer, a successful producer who had previously produced hits for Neil Young.