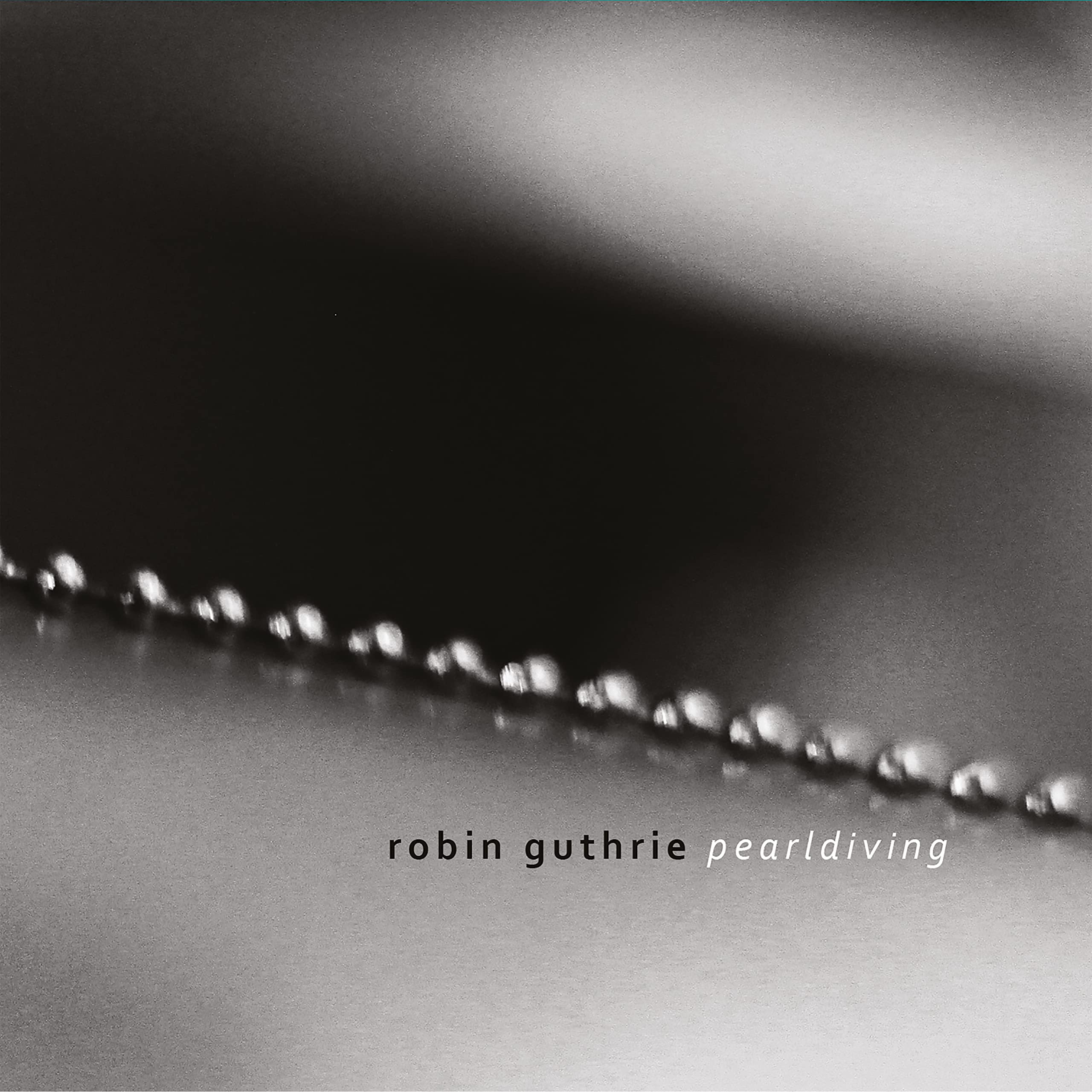 Following on from his EP MOCKINGBIRD LOVE comes the much anticipated ‘next’ full length album PEARLDIVING. Guthrie returns to his signature instrumental genre evoking an atmosphere and sound so instantly recognizable, and yet so very personal. From the slow burning opening notes of ‘Ivy’ to the last swelling distortion of ‘The Amber Room’, PEARLDIVING is an album of delicacies, delights, darkness and light. Robin Guthrie’s music has always been an intensely personal and unique expression, but his gift for the translation and evocation of emotions and experiences lends his music an appeal that transcends their origins in his own life, but also speaks to all of us on our own journeys PEARLDIVING typifies the lush, layered guitar arrangements that are Robin Guthrie’s trademark, whilst also displaying a level of refinement that can only be found in the work of an artist at the top of his craft. Guthrie’s approach to his music is perhaps more akin to that of a painter or a photographer. The adept use of light and shade, melody and counter melody, the carefully and precisely arranged instrumentation, musical textures and colorings gives his music a depth and level of detail that are the hallmarks of a master craftsman. It’s often said that the signature of a highly accomplished artist is the ability to make the complex and otherworldly seem natural and effortless. This could not be truer of PEARLDIVING, undeniably Guthrie’s most refined instrumental release to date “After, ANOTHER FLOWER, released just a few days before the untimely passing of my friend and co-conspirator HAROLD BUDD, I felt the need to break my studio down and build it up again afresh to clear my head. The dawn of many of my previous releases was travel. I loved being somewhere new to work but, for a while now, the pandemic hasn’t permitted that. So earlier this year I ‘stayed at home’ and created PEARLDIVING. This is my first instrumental album since FORTUNE and I guess I had some feelings to process” 40 years on from founding Cocteau Twins, Robin Guthrie has certainly been its most prolific member, offering a steady and stellar stream of material over the years. His film scores include Gregg Araki’s ‘Mysterious Skin’ and ‘White Bird in a Blizzard’, co-written with longtime collaborator Harold Budd. His many other collaborators include John Foxx, Mark Gardener, Eraldo Bernocchi, Telefon Tel-Aviv and Jay Jay Johanson. His unique, innovative, and influential approach to guitar and composition―layering sound upon sound and melody upon melody in an approach that is often deceptively minimalist―along with his deft production skills in the recording studio, has earned him the respect of musicians and fans throughout the world, making him a much sought-after artist, producer, engineer, and collaborator. Guthrie’s more recent credits as a producer and remixer include Heligoland, Jack Colwell, Resplandor, Ummagma, Fawns of Love, Hatchie and Tamaryn.