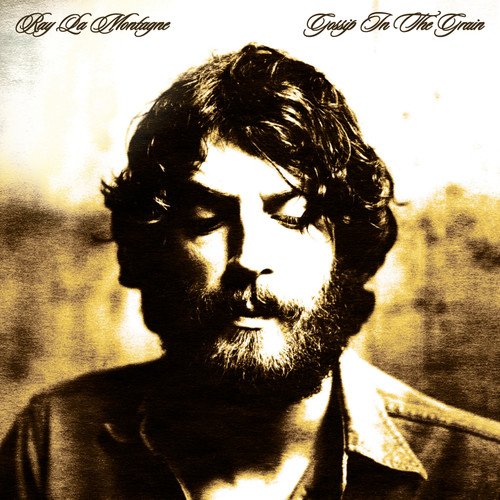 Ray LaMontagne’s third album, Gossip in the Grain is as different from 2007’s Till the Sun Turns Black as that album was from 2006’s Trouble. The deep, heart-of-night atmospherics of the preceding disc have been jettisoned in favor of a brightly lit palette of textures and instruments that legendary producer and multi-instrumentalist Ethan Johns uses to illustrate LaMontagne’s considerable ambitions as a writer. The set opens with the singer channeling his inner Memphis soul man on “You Are the Best Thing.” Horns, strings, and a female backing chorus underscore LaMontagne’s heartfelt uptempo rasp that touches on Sam Cooke as much as it does Tim Buckley with a hook worthy of Stax/Volt. In terms of sequencing, it certainly grabs the listener, but it is also arguably the best track here. “Let It Be Me” follows with a folksier, looser soul groove, where acoustic guitars, a Telecaster, piano, and strings underscore the hypnotic lilt in the verse. But LaMontagne can write a coda and a bridge and he gets his voice right into the meat of the lyric. We may have heard lyrics of this type a thousand times before, as they evoke loneliness and longing, but rarely have they been expressed this authentically and this dramatically. Echoes of Van Morrison’s Astral Weeks are apparent in the gorgeous chamber jazz of “Sarah,” and eerie, psychedelic British Isles folk — complete with an otherworldly pedal steel — haunts the grooves on “I Still Care for You.” LaMontagne and Johns are able to create varying yet webbed atmospheres in these songs. Ray can find a style and write in it as if he’d created it. Johns adds so much depth and dimension in the mix that it feels as if both singer and songwriter will never be able to extricate themselves either from the emotional intentions expressed in his lyrics, or from the sound itself. The most notorious track on this set is the humorous yet tender “Meg White,” for the White Stripes’ drummer. With its imaginative use of an Ennio Morricone-esque spaghetti western intro, Johns playing Wurlitzer and Mellotron, a Pink Floyd cadenza, and drumming of the sort White trademarked, it’s no throwaway; add to this a seemingly sincere offer of friendship and empathy and there is an undeniable emotional appeal. “Hey Me, Hey Mama,” has a back porch singalong feel, and features a banjo, trombone, and trumpet. The rambling free-form blues of “Henry Nearly Killed Me, (It’s a Shame)” touches on Canned Heat, John Lee Hooker, and the Rolling Stones; it’s another high point here.

Gossip in the Grain is LaMontagne’s most adventurous recording, yet in many ways it’s also the most focused and well executed. The partnership with Johns has become almost symbiotic at this point; his songwriting has become so confident, sure, and expressive — despite the ready intimacy in its subject matter — that he’s become a kind of force majeure. One thing is certain, that given the consistency and vision LaMontagne has shown on all three albums, punters are certain to follow him wherever he goes next.