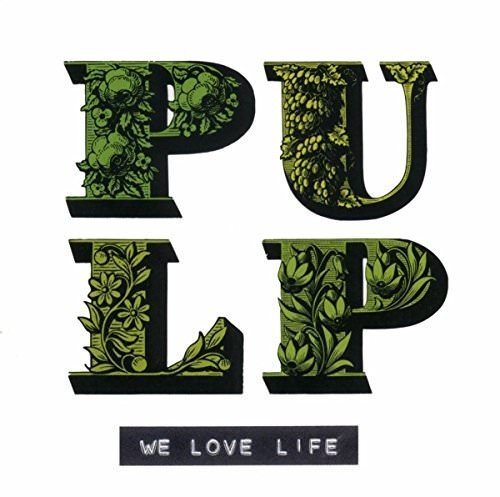 It was clear that This Is Hardcore was a difficult, turbulent experience for Pulp — it was such a troubled-sounding record that it was hard to tell where they would go next. Apparently that was as true for the band as it was for the listeners, since Pulp spent over three years preparing an album, cutting nearly a full record with longtime producer Chris Thomas before scrapping it all and entering the studio with cult hero (and Jarvis Cocker inspiration) Scott Walker. The pairing was intriguing but problematic, since Walker is not known as a producer and his recent recordings, such as Tilt and Pola X, were as inscrutable as Cocker was lucidly literate. Miraculously, the pairing resulted in the vibrant, reaffirming reinvention of We Love Life, an album that hints at music from Pulp’s distant past (it’s much closer to It than anything they’ve done since, though it has elements of the epics scattered through His ‘n’ Hers) while finding a new voice for the band and Jarvis as a lyricist. It’s easy to see that this is a mature album, but that suggests a studied self-consciousness and safe, coffee-table artiness. This is maturation in a different sense — Cocker has lived through dark times, as was evident in This Is Hardcore, and still sees difficulty in the present and past (the haunting centerpiece of “Wickerman”), but here he embraces life, even seeing his place in the grand scheme of things. Previously, Pulp’s sleek music had been as darkly romantic as a drunken late night in a metropolis, and Cocker’s lyrics were wittily urbane, embracing and mocking the idiosyncrasies of contemporary life, but here the music is considerably more organic — Candida Doyle’s synth, a former signature, can barely be heard — and Cocker’s elaborately detailed lyrics are trim and focused, filled with nature imagery. This is hardly a pastoral album, though, even with the occasional string section and acoustic guitars, nor does this sound like Pulp’s version of a Scott Walker album. Instead, this is an emotional and musical breakthrough, finding the band leaping beyond the claustrophobic Hardcore and consolidating their previous obsessions, creating a textured, reflective record that in its own measured way is as impassioned as Different Class — it’s just that Jarvis is railing against the impulses within himself, and he winds up finding a way out. As such, We Love Life is warm and embracing, even when it delves into darkness, never nearly as despairing as Hardcore, and nearly as affirming as Different Class. And if that record was the mis-shaped misfit finally letting the world know that he was special, this is that same misfit turning inward, realizing that the world itself is special. Not the kind of thing that results in a massive hit, but it’s tremendously rewarding all the same.