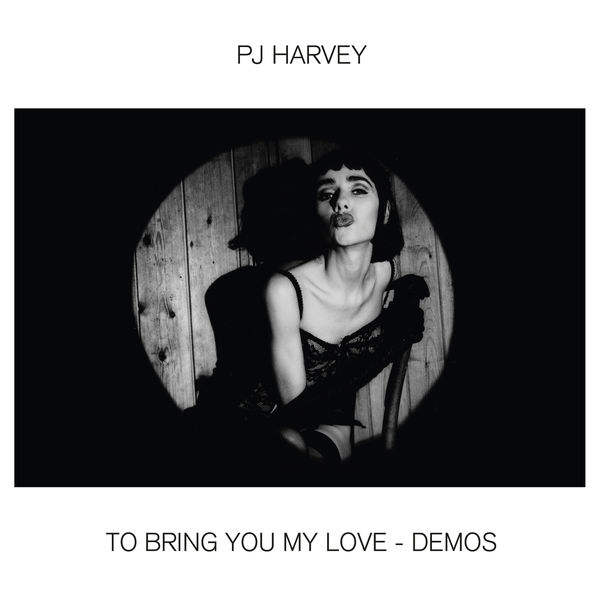 PJ Harvey’s third album “To Bring You My Love” will be reissued and remastered in 24bit, alongside an album of previously unreleased demos.

A 10-track collection of previously unreleased demos of all songs from the third studio album by PJ Harvey “To Bring You My Love” from 1995. Includes demo versions of the singles “Down By The Water,” “C’mon Billy” and “Send His Love To Me.” Audio has been mastered by Jason Mitchell at Loud Mastering under the guidance of long time PJ Harvey collaborator John Parish. Features new artwork with previously unseen photos by original photographer and designer Maria Mochnacz.

“To Bring You My Love” was produced by Flood and John Parish and originally released in February 1995 and celebrates its 25th anniversary this year. Featuring singles such as “Down By the Water,” “C’mon Billy” and “Send His Love to Me,” “To Bring You My Love” originally reached No. 12 in the U.K. Albums Chart on release and dominated album of the year polls from The New York Times to The Guardian, with nominations for Grammy® Awards and The Mercury Music Prize.

2020 has been a challenging year for music production but at least we can take some comfort in listening to PJ Harvey’s old albums, reissued in chronological order. After Dry and Rid Of Me, it’s time to roll out the red carpet for To Bring You My Love. Released in 1995, this was the album that transformed PJ Harvey as we knew her. Dropping out of the original trio of musicians she was part of, she turned her back on the feeling of austerity in her two previous albums ventured into less monolithic and more sensual and well-produced music. Music that reflects the singer’s cover photo, with her red lips and red dress, holding a sensuous and glamourous pose. This brilliant album extended PJ Harvey’s fanbase by attracting a new audience and breaking from her past, opening up opportunities for the future. Of particular interest here is the previously unreleased demo version of To Bring You My Love, the ten songs from the album before they were placed into the expert hands of producers Flood and John Parish. Don’t expect a major revelation – these tracks aren’t early guitar/vocals versions, they sound more like pre-recordings which are already well-arranged with percussion, drum machine and keyboards. Everything is already in place; the producers just have to fine-tune the sound, work on the contrasts and add depth. For fans of To Bring You My Love, these tracks are the basic blueprint for their beloved songs. For fans of PJ Harvey before To Bring You My Love, they will find the singer as she was on her first two albums here – without the lipstick or the shimmering dress. – Stéphane Deschamps