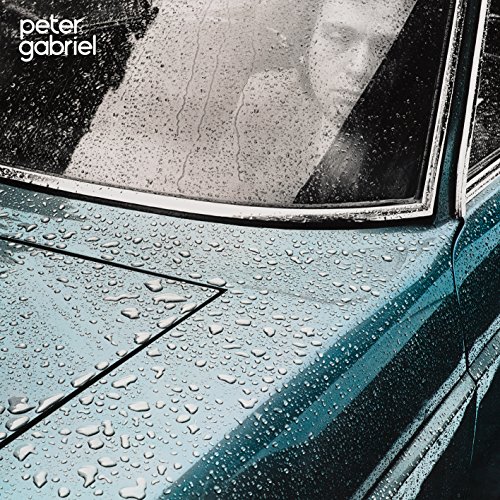 Peter Gabriel tells why he left Genesis in “Solsbury Hill,” the key track on his 1977 solo debut. Majestically opening with an acoustic guitar, the song finds Gabriel’s talents gelling, as the words and music feed off each other, turning into true poetry. It stands out dramatically on this record, not because the music doesn’t work, but because it brilliantly illustrates why Gabriel had to fly on his own. Though this is undeniably the work of the same man behind The Lamb Lies Down on Broadway, he’s turned his artiness inward, making his music coiled, dense, vibrant. There is still some excess, naturally, yet it’s the sound of a musician unleashed, finally able to bend the rules as he wishes. That means there are less atmospheric instrumental sections than there were on his last few records with Genesis, as the unhinged bizarreness in the arrangements, compositions, and productions, in tracks such as the opener “Moribund the Burgermeister” vividly illustrate. He also has turned sleeker, sexier, capable of turning out a surging rocker like “Modern Love.” If there is any problem with Peter Gabriel, it’s that Gabriel is trying too hard to show the range of his talents, thereby stumbling occasionally with the doo wop-to-cabaret “Excuse Me” or the cocktail jazz of “Waiting for the Big One” (or, the lyric “you’ve got me cookin’/I’m a hard-boiled egg” on “Humdrum”). Still, much of the record teems with invigorating energy (as on “Slowburn,” or the orchestral-disco pulse of “Down the Dolce Vita”), and the closer “Here Comes the Flood” burns with an anthemic intensity that would later become his signature in the ’80s. Yes, it’s an imperfect album, but that’s a byproduct of Gabriel’s welcome risk-taking — the very thing that makes the album work, overall.