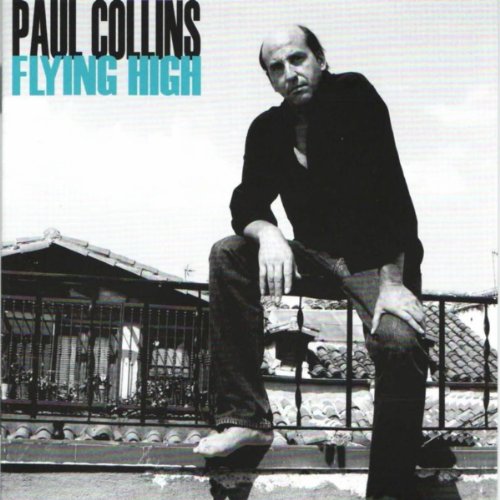 Paul Collins waited 11 years after the alt-country flavored From Town to Town to make another album; since then, the power pop pioneer had relocated to Spain, and Flying High was recorded with a new band of Spanish musicians in his living room. Knocked out in a mere three days, Flying High has a casual and intimate feel that’s in keeping with its homemade origins, but while it doesn’t rock out with the intensity of Collins’ classic albums with the Beat, there’s a breezy enthusiasm and melodic lift to Flying High that shows he hasn’t lost touch with the impulses that drove his best music. He also digs deeper into his personal side on this album, and while he’s best known for writing about cars and girls, he proves he’s grown considerably and commendably as a lyricist; “Bobby” is a moving tale of a troubled friend from his youth, “Will You Be a Woman” deals with the price of love on a deep and dangerous level, and “FDR” is a bittersweet remembrance of wild nights long ago in New York City. Much of Flying High sounds like a casual jam session, but with a band of solid musicians who know how to play together; Octavio Vinck’s lead guitar work is sharp and incisive, Gines Martinez makes his light-handed brushing on the drums hold down a potent backbeat, and bassist Carlos Guardoado fills in the empty spots without making a fuss. Flying High is a collection of mature and emotionally powerful rock & roll from a man who has been out of the spotlight far too long, and hopefully this disc will help reestablish him as an artist of note — or at least sell well enough that we won’t have to wait 11 years to follow it up.