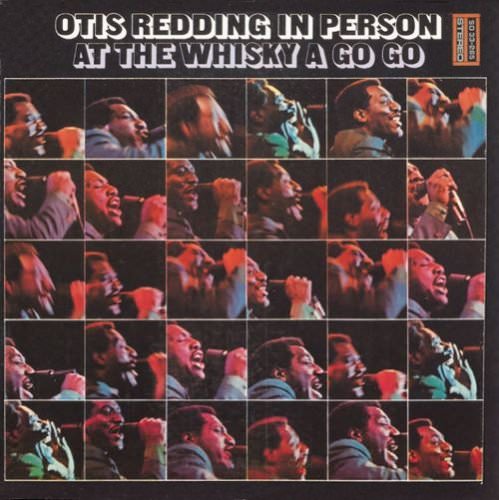 Captured at a Whiskey a Go Go, this live recording featured Redding’s improvisational power and prowess, accompanied by his own touring band. Creating rich sonic landscapes, the album defined why Redding was considered one of music’s greatest live performers. Included on the set were roaring renditions of Brown’s “Papa’s Got a Brand New Bag” and the Rolling Stones’ classic, “(I Can’t Get No) Satisfaction.” This intense and melodic outing bursts with riveting guitar, bass, drums and trumpets, charting on Billboard’s Top 200.

He was at his best live and this is a great recording. Otis in a studio with strings just does not do it for me. In a live venue he just pours out his heart and soul as nobody else can. This is his best CD. That being said, there is one high note the trumpet player goes for and misses badly. Many might not notice, but it bugs me. That is the good and bad of live performances. The point is that Otis and the band had nothing left in the tank after that performance and this should be on everybody’s all time great performances list.