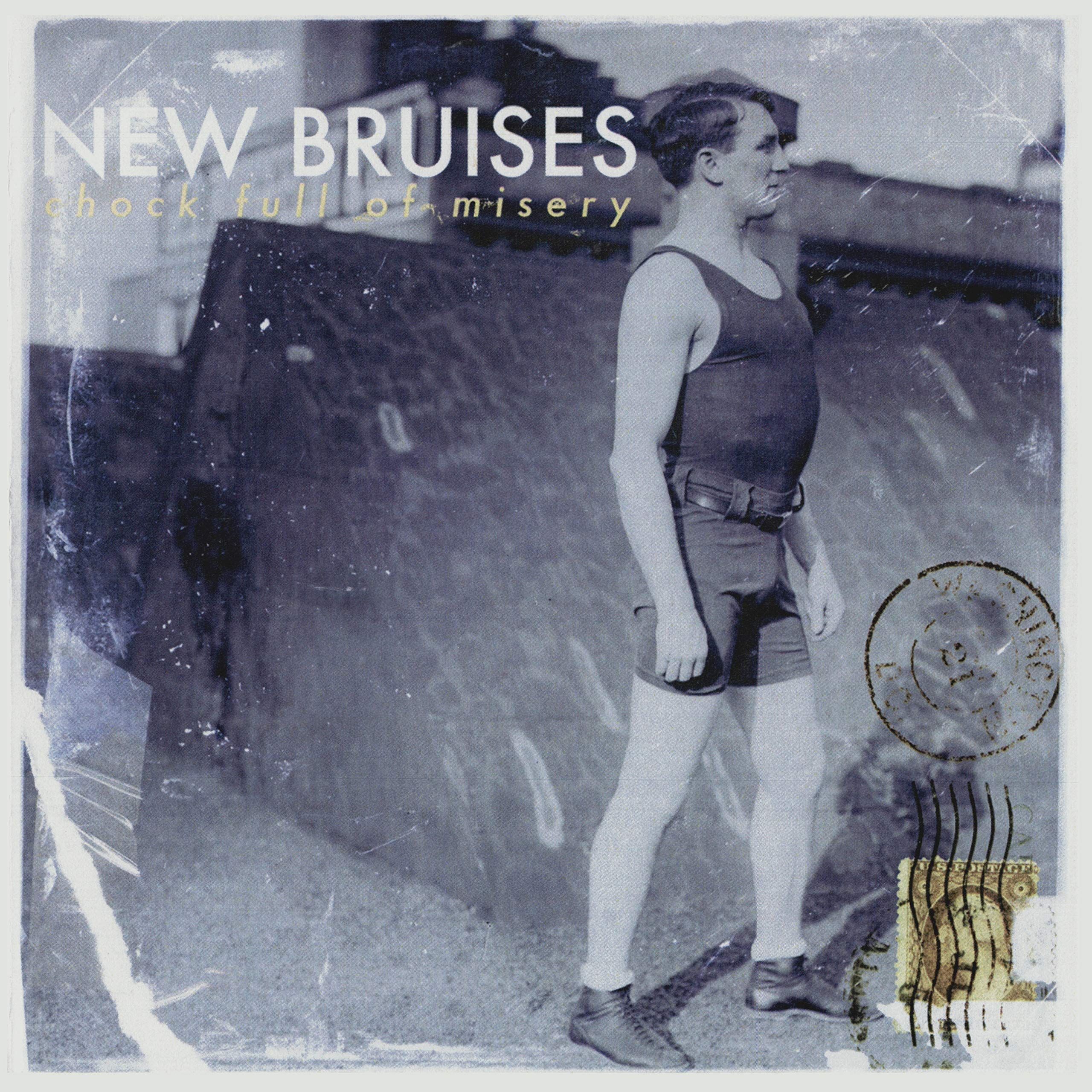 Chock Full of Misery, the long-awaited and long-postponed new record from Tampa’s NEW BRUISES, is a masterclass in punk rock maturation. From time spent in the ’90s punk trenches of the northeast to their eventual migration to the more hospitable climate of the Gulf Coast of Florida, the band would be considered elder statesmen if it weren’t for the fact that they’re staying up later than you folding records then up hours before your alarm drinking all the coffee in your house. It’s been almost six years since the release of Transmit! Transmit!, New Bruises’ debut, in 2006. That’s a long time for any band, let alone one in a scene with the turnover of contemporary punk. But for New Bruises, it’s been time well spent, from recording a series of their own split releases and singles to releasing albums by bands like VRGNS, No Friends, and Bomb the Music Industry! Through vocalist and guitarist BRYON LIPPINCOTT’s record label, Kiss of Death. The life expectancy of an idealistic DIY punk band isn’t too great these days, but New Bruises are coming into the release of Chock Full of Misery with even more fire in their collective belly than when they started, and a fantastically diverse record to back it up. While still rooted in the anthemic pop-punk of their ’90s roots, New Bruises have cracked their sound wide open on Chock Full of Misery, picking apart each song and putting it back together one piece at a time. The result is a record that hits harder while experimenting with greater dynamics and sonic left turns, keeping the full-steam-ahead feel of early Jawbreaker while infusing it with the nuance of Tim-era Replacements. It’s sort of the band’s Dear You, but without all the smooth vocals and kids slashing their tires.