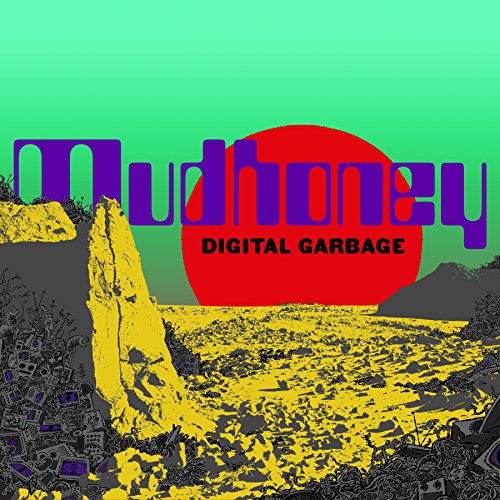 Some bands mellow with age, as their youthful fury gives way to a more understanding frame of mind. Mudhoney are clearly not one of those bands. The grunge pioneers have long thrived on snark the way other folks require oxygen, but since they returned to the indie ranks with 2002’s Since We’ve Become Translucent, lead singer Mark Arm has been more eager than ever to vent his spleen on the troubles of the world around him. Mudhoney have rarely sounded as flat-out pissed off as they do on 2018’s Digital Garbage, an album that’s a clear reflection of America in the year it was created. Arm and his bandmates aren’t afraid to aim at a bunch of big and worthy targets: the litany of right-wing disinformation (“Paranoid Core”), a culture of toxic greed (“Prosperity Gospel”), the mindset that produces mass violence (“Please Mr. Gunman”), the narcissism of social media (“Kill Yourself Live”), Christians whose views are not especially Christ-like (“21st Century Pharisees” and “Messiah’s Lament”), and a planet that is struggling to rid itself of the people bent on destroying it (“Next Mass Extinction”). The vocal sneer that has always been Arm’s greatest gift is used to superb effect on Digital Garbage. And while the songs tend to favor the punk and garage facets of Mudhoney’s personality rather than their hard rock inclinations, Steve Turner’s guitar work is still gloriously dirty and bent, while bassist Guy Maddison and drummer Dan Peters drive this music with confidence and belief at any speed. (And “Night and Fog” and “Messiah’s Lament” show they haven’t given up on the slower, grungier stuff.) Digital Garbage isn’t quite Mudhoney’s Great Protest Album, but as a reaction to a chaotic and divisive time, it’s powerfully eloquent in its own grimy way, and it shows they can still sound like nothing but themselves without being tethered to the past. Come for the rage on Digital Garbage and stay for the rock. Both feel intense and purifying.