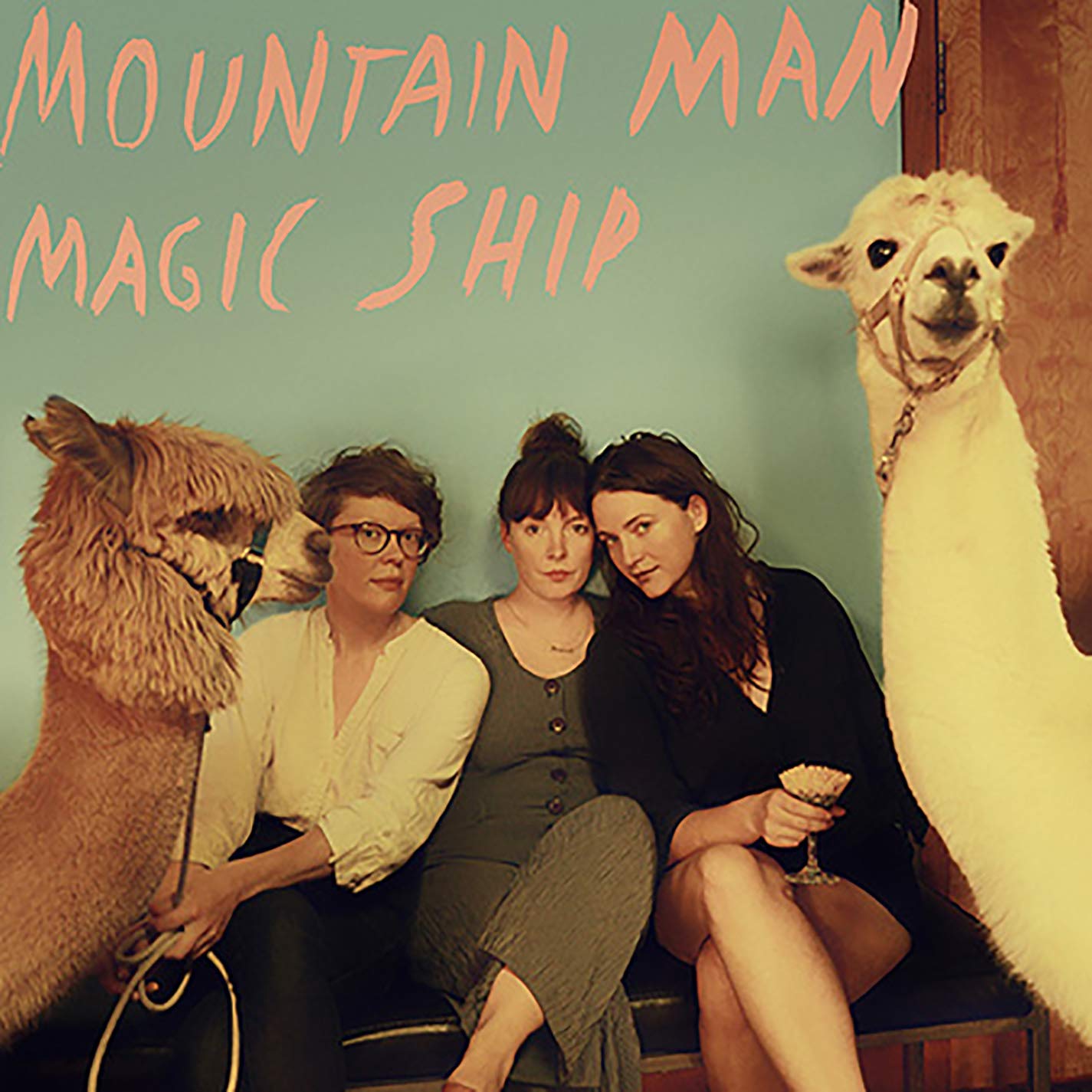 Mountain Man did not intend to disappear for the better part of a decade, or to take eight years to release its second album, Magic Ship. But for a trio of devoted friends for whom music has always seemed so effortless and graceful, that’s simply how life went. The wondrous Magic Ship-a magnetic fourteen-song reflection on the joys, follies, and oddities of existence-was well worth the wait. In 2009, when she was a student at a small liberal arts college in New England, Amelia Meath heard a gorgeous sound coming from the living room of her dormitory. She raced downstairs to find Molly Erin Sarle singing “Dog Song,” a tender tune about lust, longing, and responsibility. Meath demanded that Sarle, nearly a stranger, teach her the tune, which she, in turn, taught to a friend, Alexandra Sauser-Monnig. The next time the pair saw Sarle, they sang “Dog Song” to, and then with, her. And so, Mountain Man was born. The three weren’t quite yet friends when they performed, recorded, and even toured for the first time, but they each felt the chemistry within their combined voices, a sense of artistic kismet and kinship that some spend lifetimes seeking. But before they could return to the studio, post-collegiate life intervened. They kept in touch with near-weekly conference calls, growing as friends while taking a break from making music together. When Sarle was ready to leave California, though, Meath and Sauser-Monnig implored her to return east, saying they would even fly to her and drive with her across the country, so long as she settled in North Carolina. Together as friends, not as a band, the three made an all-American road trip. They camped beneath endless desert skies and partied with true New Orleans abandon. Finally home, they focused first on their relationship, singing together only as an extension of this personal reunion. At last, they tested their again-blossoming friendship onstage in the summer of 2017 at the Eaux Claires music festival. On a tiny, cabin-like stage tucked into a forest, where audiences of a few hundred are considered big, Mountain Man captivated several thousand, with people climbing trees and fighting through stinging nettles to catch a glimpse or whisper. Hanging on every note and between-song quip, the crowd stood transfixed and silent-a festival miracle, there in the woods. And so, Mountain Man was reborn.