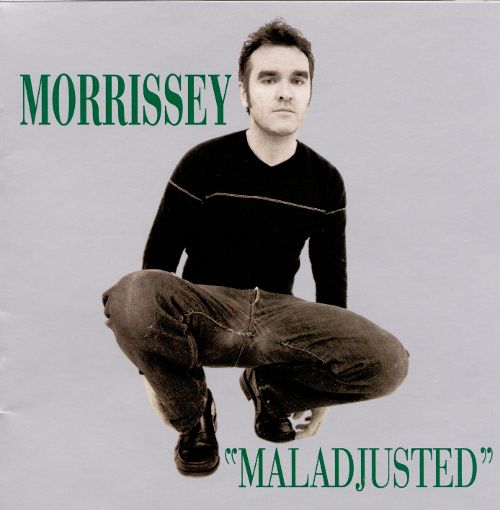 In theory, Maladjusted should have been a readjustment to standard indie rock territory for Morrissey after the prog rock detour of Southpaw Grammar, but Morrissey isn’t that simple. From the opening title track, with its menacing, swirling paranoia, it’s clear that Maladjusted isn’t a simple return to form. That isn’t to say that the album is devoid of the jangly, maudlin pop songs that are Morrissey’s trademark — in fact, the lead single, “Alma Matters,” is a quietly catchy tune that ranks as vintage Morrissey. Nevertheless, it’s a little misleading, because Maladjusted isn’t strictly by the book. Morrissey has incorporated his newfound fascination with prog rock into his trademark sound much better than he did on Southpaw Grammar, as the lumbering beat of “Papa Jack” and sawing strings of “Ambitious Outsiders” illustrate, but that fascination signals how insular Morrissey’s world has become. Things are rarely more insular — or weirder — than “Sorrow Will Come in the End,” a spoken word, neo-classical rant about his loss to Mike Joyce in a Smiths royalty suit (the song was pulled from the British version of the album, due to legal reasons), but “Roy’s Keen,” an ode to a keen window cleaner, isn’t far behind. The remainder of the album — particularly the lovely “Wide to Receive,” “He Cried,” and “Trouble Loves Me” — may be similarly self-obsessed, yet the music is warm and welcoming, thanks to strong craftsmanship and fine performances. They’re charming songs, but they’re subtle charms, offering the kind of pleasures only longtime Morrissey followers will find irresistible.