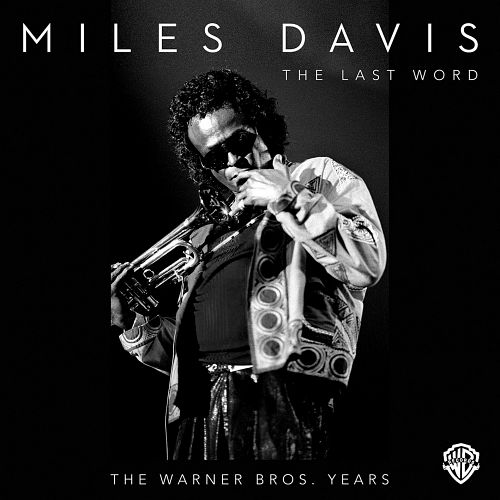 In 1985, Miles Davis shocked the music world by moving from Columbia to Warner Bros.. He immediately started working on an album called Perfect Way after a tune by Scritti Politti, later renamed Tutu by producer Tommy LiPuma. When Tutu (a tribute to Desmond Tutu) was released in 1986, it re-ignited Miles Davis’ career, crossing over into the rock and pop markets and winning him two Grammy Awards. A definitive collection of the later part of Miles Davis’ work, fully remastered, from the Warner Bros studio albums Tutu, Amandla and Doo-Bop, the Dingo and Siesta soundtracks, live recordings with Quincy Jones, and the likes of Kenny Garrett, Foley and Adam Holzman.

Perhaps even more so than his ’70s fusion period, trumpeter Miles Davis’ recordings for Warner Bros. from the ’80s sharply divided audiences. If 1970’s Bitches Brew forced jazz fans to take sides in the debate over what qualifies as jazz, albums like 1986’s Tutu and 1989’s Amandla were dismissed outright by the jazz police as over-produced pop albums that bore little if any resemblance to Davis’ classic recordings of the ’50s and ’60s. Despite such backlash from the elite, Tutu earned Davis a Grammy Award, and his records from this era often sold better than his previous, more reverent albums. Long in gestation, the 2015 eight-disc Miles Davis box set The Last Word: The Warner Bros. Years brings together all of the albums the trumpeter recorded for Warner Bros. from 1986 to 1991, plus various live recordings. Originally planned for release as far back as 2001, issues with the Davis estate meant the collection went unreleased. Instead, the label released several similar collections, including 2010’s Perfect Way and 2011’s 1986-1991: The Warner Years. While those sets offered useful thumbnail-sketch versions of Davis’ career with Warner, they are not the complete picture that is The Last Word. Choosing for various reasons to part ways with his longtime label Columbia, Davis signed with Warner Bros. in 1985. Coming out of the tail end of his electric fusion period of the ’70s and early ’80s, Davis embarked on what would be his final creative period, recording and performing right up until his death in September 1991. A fruitful time for Davis, albums included here like Tutu, Amandla, and Doo-Bop found him utilizing modern technology such as computerized loops and overdubs. Working with a bevy of talented younger musicians including bassist Marcus Miller and guitarist John Scofield, Davis continued to embrace a cross-genre aesthetic, delving further into funk and hip-hop, and even collaborating with post-punk outfits like Scritti Politti (whose “Perfect Way” he covered on Tutu). Also included are Davis’ soundtracks for the films Siesta and Dingo, the latter of which found him reuniting with composer Michel Legrand. Davis’ Warner years also found him at the apex of his return to the stage, and to that end, this collection includes three discs of live recordings, the most notable being the storied 1991 Montreux concert with Quincy Jones in which he revisited his classic Gil Evans arrangements. Recorded months before his death, the Montreux concert impossibly brought Davis’ relentlessly forward-thinking career full circle. Ultimately, while Davis’ Warner years will probably never appeal to the jazz police, they reveal an artist who remained a maverick until the end.