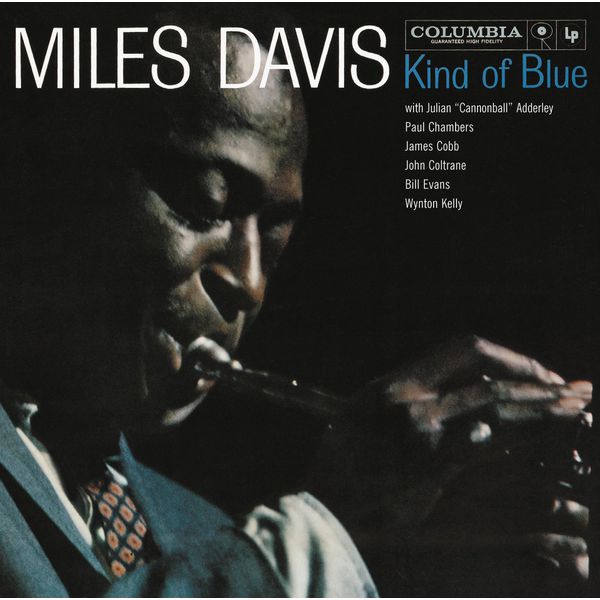 Kind of Blue is an album most have heard many times before in a wide variety of formats. Now, you can hear it as if you were right there in the recording studio with the musicians! After many years, Sony finally decided to remaster Kind of Blue hi-res at 192kHz/24bit with the brilliant engineer Mark Wilder and the dedicated and knowledgeable producer Steve Berkowtiz (who has spent more time with and knows this album better than anyone out there). The quality of sound on this recording is unparalleled—listening to this release is like being in the studio with Miles.

Kind of Blue isn’t merely an artistic highlight for Miles Davis, it’s an album that towers above its peers, a record generally considered as the definitive jazz album, a universally acknowledged standard of excellence. Why does Kind of Blue possess such a mystique? Perhaps because this music never flaunts its genius. It lures listeners in with the slow, luxurious bassline and gentle piano chords of “So What.” From that moment on, the record never really changes pace — each tune has a similar relaxed feel, as the music flows easily. Yet Kind of Blue is more than easy listening. It’s the pinnacle of modal jazz — tonality and solos build from the overall key, not chord changes, giving the music a subtly shifting quality. All of this doesn’t quite explain why seasoned jazz fans return to this record even after they’ve memorized every nuance. They return because this is an exceptional band — Miles, Coltrane, Bill Evans, Cannonball Adderley, Paul Chambers, Jimmy Cobb — one of the greatest in history, playing at the peak of its power. As Evans said in the original liner notes for the record, the band did not play through any of these pieces prior to recording. Davis laid out the themes before the tape rolled, and then the band improvised. The end results were wondrous and still crackle with vitality. Kind of Blue works on many different levels. It can be played as background music, yet it amply rewards close listening. It is advanced music that is extraordinarily enjoyable. It may be a stretch to say that if you don’t like Kind of Blue, you don’t like jazz — but it’s hard to imagine it as anything other than a cornerstone of any jazz collection.

The three, 3-track half-inch tapes are in good condition, but age has force them to “scallop” a little, meaning that the edges curl away from the tape head. This changed the initial focus from mixing from the originals to archiving them before mixing and working from the archive files. This allowed us to gently guide the tape against the playback head to get optimal contact and fidelity.

The archiving was done at 192kHz/24 bits, played from a modified Ampex ATR 104, and hard-wired to HDCD Model 2’s directly patched to a Lynx 2 sound card.

An upside to working from the archive files was the ability to chase the original fader moves done during the mix in 1959. We constantly compared to an early pressing – mono and stereo – and worked bar by bar to duplicate the level moves on the three tracks to match as well as possible.

Each channel was converted to analog and passed through a GML mixer, bussed to stereo or mono – depending on the release format – and converted once again to 192Kc/24 bits. At the GML, we inserted processing where needed.