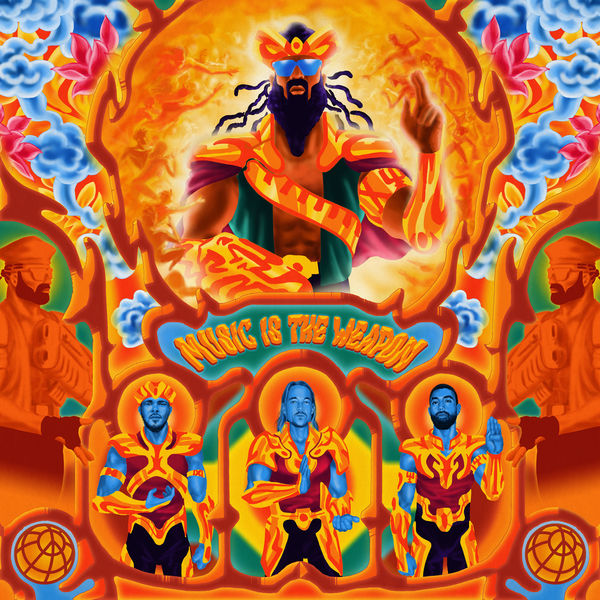 Music Is the Weapon is the fourth studio album by American electronic band Major Lazer, released on October 23, 2020, via Mad Decent. First announced in 2015, many conflicting statements have been made about the album, with the latest reports being that it will be the final Major Lazer album. It was later announced in 2019 that the album would instead be titled Lazerism, but the name was later changed back to the original title. It is the first album to be released after Jillionaire left the group and was replaced by Ape Drums

Back for a fourth round of island-blasted fun, Diplo, Walshy Fire, and new member Ape Drums deliver the tightest and most accessible offering from the Major Lazer project with the excellent Music Is the Weapon. Unsurprisingly, this set is designed to get bodies moving and it never lags in that regard. As with past Lazer efforts, Music is a star-studded affair that crosses borders and genres with an inspired cast of contributors from the worlds of pop, rap, R&B, dancehall, reggaeton, Bollywood, and Afro-beat. Traversing the globe, Major Lazer recruits North American singers Alessia Cara and Khalid, who soften their respective tracks with smooth vocals, providing comforting breaks from all the hip-shaking, which makes up the bulk of the album. Meanwhile, British folkster Marcus Mumford of Mumford & Sons makes a surprisingly appropriate appearance on the uplifting anthem “Lay Your Head on Me,” which became the breakout radio crossover hit of the album. Indian singer/songwriter Rashmeet Kaur injects South Asian flair to the addictive “Jadi Buti,” which hits just as hard as DJ Snake’s own Bollywood-bass fusion anthem “Magenta Riddim.” Later, rappers French Montana and Nicki Minaj drop verses on two standout tracks: first, Montana joins BEAM on the DJ Snake-esque thumper “Bam Bam,” then Minaj pops up on all-star melee “Oh My Gawd,” which shakes the floor with Nigerian artists Mr Eazi and K4mo. Busy Signal, Skip Marley, and J Balvin also service pulse-pounding moments that put the body in a trance, building the set to a dizzying frenzy on the Grammy-nominated “Rave de Favela” with MC Lan, BEAM, and Brazilian pop diva Anitta. At a compact 12 tracks, Music Is the Weapon provides just enough inspiration to get the party started, but it is so good that — if left on repeat — it would be enough to fuel an entire night of hedonism. – Neil Z. Yeung