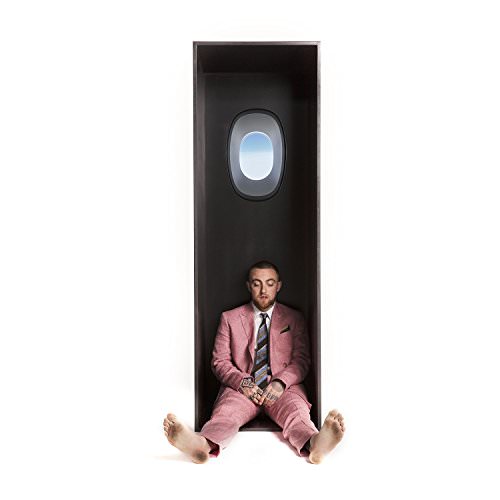 Following 2016’s ode to love The Divine Feminine, Pittsburgh rapper Mac Miller avoids treading water and continues his artistic maturation on his fifth full-length, Swimming. As flowing as the title suggests, Swimming undulates with laid-back slacker soul and hypnotic production, like a lava lamp bobbing along calm waves. Inspired by events preceding the album’s release, Miller’s moody and introspective lyrics hint at the post-breakup black cloud hovering above his head, while also addressing his struggles with maintaining sobriety. Coupled with his soulful sing-rapping and input from producer Jon Brion, Swimming is one of Miller’s more enjoyable and cohesive visions. Throughout, there’s an emo-R&B vibe that strongly recalls Frank Ocean, just with less eloquent or evocative lyrics. Highlights include the popping, Pharrell-assisted “Hurt Feelings,” the synth-funk bounce of the Snoop Dogg and Thundercat collaboration “What’s the Use?,” and “Self Care,” a narcotic cloud rap gem that benefits from co-writers Dev Hynes and J.I.D. The woozy production and marble-mouthed delivery can sometimes be a slog (similar to one of Drake’s or Post Malone’s overly long albums), but every now and then there’s something — be it the surprise jazz piano on “Small Worlds” or the orchestral sweep of “2009” — that pulls everything back into focus. Licking his wounds after a rough first half of 2018, Miller realizes “You could have the world in the palm of your hands/You still might drop it” on closer “So It Goes.” With an eye on the future, Swimming is ample evidence that Miller can pick up the pieces and continue evolving, his grasp on thoughtful, introspective hip-hop getting stronger by the album.