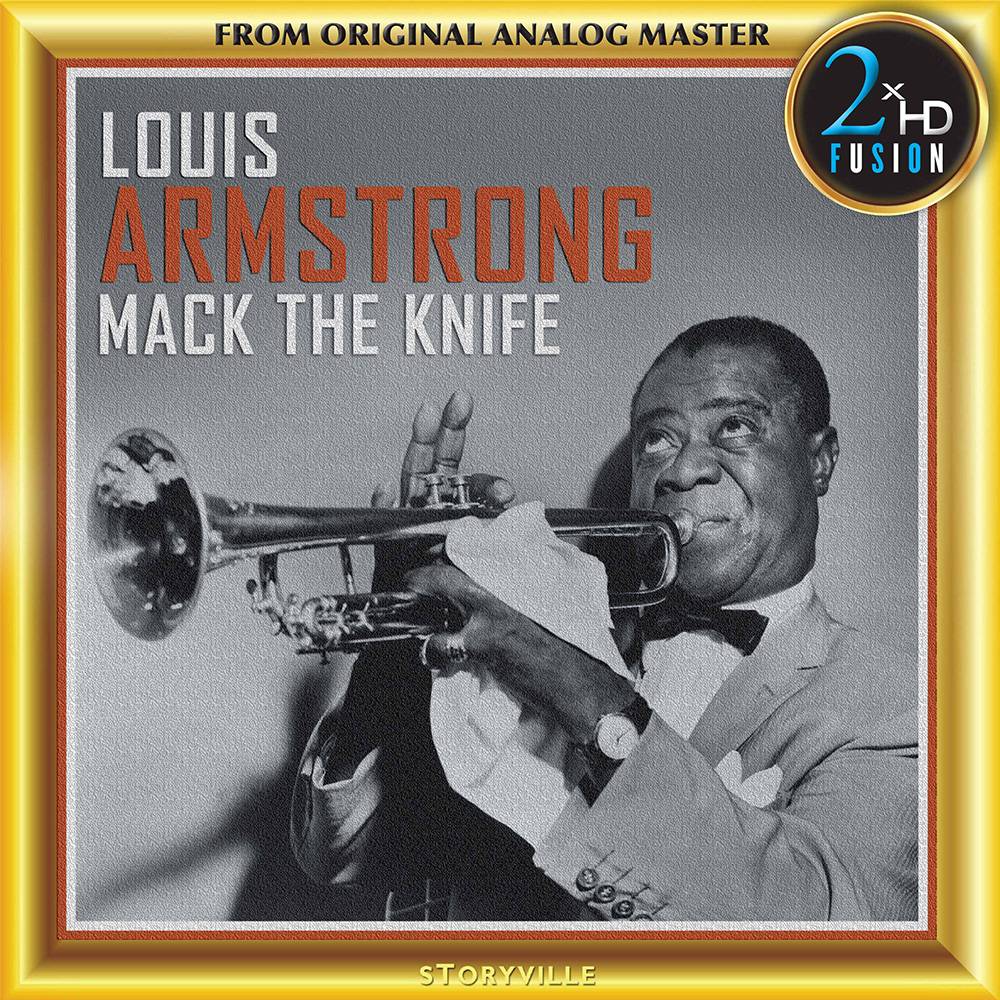 This lovingly remastered release sees live performances of Satchmo and his All Stars presented to a whole new generation of listeners. Including the infamous title track along with a warm and rich performance of When It’s Sleepy Time Down South and a lively rendition of Ole Miss, among many other top notch numbers, this is a perfectly balanced Armstrong collection to be treasured.

This is a unique album containing live performances of many of Louis Armstrong’s most popular hits such as Mack the Knife, Blueberry Hill, C’est si Bon, La Vie en Rose, Give Me a Kiss to Build a Dream On and many more.

Louis Armstrong was a man who liked to please the folks and he saw no compromise in pleasing them with his highly individualistic singing, and his incomparable trumpet playing. He was a natural entertainer, by gift and by inclination. This album is truly representative of the man, as it presents all facets of his talent.

About 2xHD Fusion process:
In the constant evolution of its proprietary mastering process, 2xHD has progressed to a new phase called 2xHD FUSION, integrating the finest analog, with state-of-the-art digital technology.

The mastering chain consists of a selection of high-end vacuum tube equipment. For the recordings on this album, the original ¼” 15 ips CCIR master tapes were played on a Nagra-T tape recorder, modified with high-end tube playback electronics, wired from the playback head directly to a Telefunken EF806 tube, using OCC silver cable. The Nagra T, with its four direct drive motors, two pinch rollers and a tape tension head, has one of the best transports ever made. A custom-built carbon fiber head block and a head damping electronic system permit 2xHD FUSION to obtain a better resolution and 3D imaging.

The resulting signal is then transformed into high resolution formats by recording it in DSD 11.2 kHz using a Merging Technologies’ Horus A to D converter. All analog and digital cables that are used are state of the art. The 2xHD FUSION mastering system is powered by a super capacitor power supply, using a new technology that lowers the digital noise found in the lowest level of the spectrum. A vacuum tube NAGRA HDdac (DSD) is used as a reference digital playback converter in order to A and B with the original analog master tape, permitting the fusion of the warmth of analog with the refinement of digital.