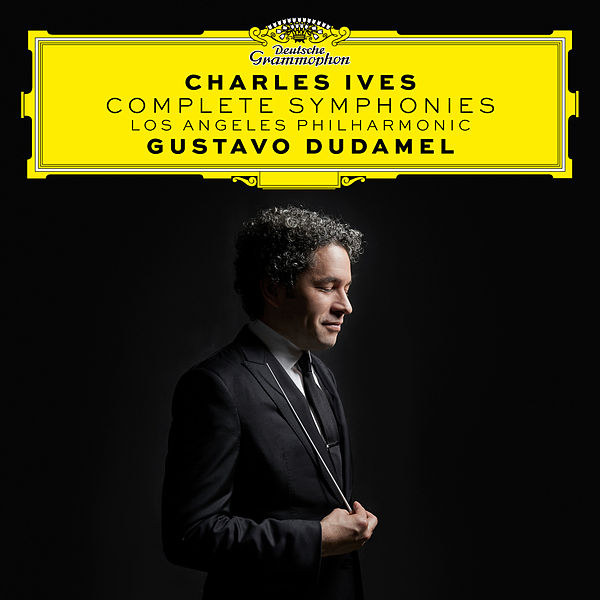 With their restless energy, myriad colors and textures, irresistible references to popular American melodies and impulsive changes of mood, these symphonies reveal the heart of “a man full of ideas [who] was trying to create something unique,” according to Dudamel. “When you see calm and contemplation, maybe in a moment it’s complete chaos. At the end, what Ives was doing was opening the door to the texture and the personality of music created in the United States. His symphonies are a great gift to the world.”

It is still fascinating to hear the progression of Charles Ives in the symphonic genre. 1898’s Première is relatively classical in style and anchored in European tradition, following in the footsteps of Schumann or Brahms moving through Dvořák and Tchaikovski. Despite this, the work remains extraordinary through its structural mastery. Quatrième (1910-1916 and first performed in 1965) is out of this world like no other work in the history of the genre, it is a dive into an avant-garde realm which has decided to follow an unknown and treacherous path. A landmark work in American music.

Gustavo Dudamel is of the most poignant lyricism in this first work, a quality which he maintains through to the Quatrième. Here, we encounter less of the chaotic, collage aesthetic that can be heard on other interpretations as pioneered by Christoph von Dohnanyi (Decca) who sought out modernity in all nooks and crannies of Ives’ work. Nevertheless, Dudamel’s natural hand carries its own moments of madness – the end of Allegretto with its completely insane superpositions of military and folk sounds!

A true event, this collection is a decisive contribution from the Deutsche Grammophone catalogue, who, since the famous but selective records of Seiji Ozawa and Michael Tilson Thomas (Boston, at the beginning of the 1970s), Leonard Bernstein (New York, 1980s) and the Orpheus Chamber Orchestra (New York, 1990s) has not distinguished itself in this orchestral repertoire. Dudamel’s work has thus completed the recent recordings by Tilson Thomas on the San Francisco Symphony label. © Pierre-Yves Lascar