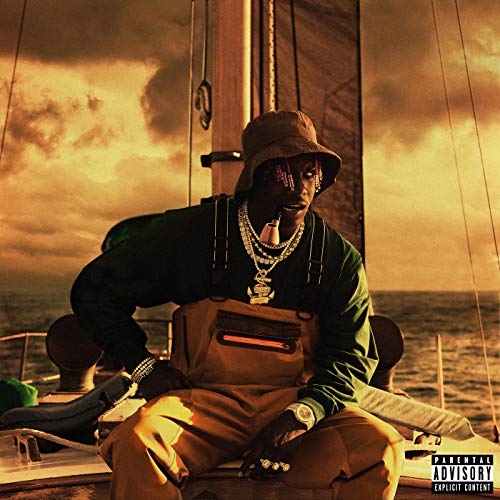 Lil Yachty and his consortium of backers either didn’t hear a single on Lil Boat 2 or held a losing vote in favor of issuing one. Despite being termed an album rather than a mixtape, the set had a strangely brief promotional cycle, and within four months of its March 2018 release was trailed by “Who Want the Smoke?,” a single off the follow-up LP, Nuthin’ 2 Prove, which was out that October. Technically the rhyming entertainer’s third album, this is split between what he categorizes as “rap” and “melodic.” The first half, supported with productions of austere booming menace, indeed continues with aggravated boasts and threats similar to those heard on Lil Boat 2. Yachty sounds like he’s still figuring it out. Among the lowest points is “Riley from The Boondocks,” where he favorably likens himself to an animated character who is eight years old and acts as a vehicle for harsh critiques of commercial rap and its effect on impressionable youngsters. (Yachty was eight when the sitcom version of The Boondocks debuted.) Speaking of 2005, Yachty’s non sequitur rhymes, tending to lack in thought, appeal, and sometimes even sense, would have had him swiftly dismissed from the auditions of The Road to Stardom with Missy Elliott. Only with “Who Want the Smoke?” does the first half rise above the preceding album, yet Yachty’s the third wheel, eclipsed by verses from Cardi B and Offset. He’s more at ease on the lightheaded “melodic” tracks of the latter half, back to goofy-vulgar observations, musical crib-mobile melodies, and occasional openhearted moments that sound natural rather than forced. Corrective quality of the back half notwithstanding, a kind of bewilderment can be sensed throughout. “Gotta prove everyone wrong,” Yachty chirps, on an album with a contradictory title.