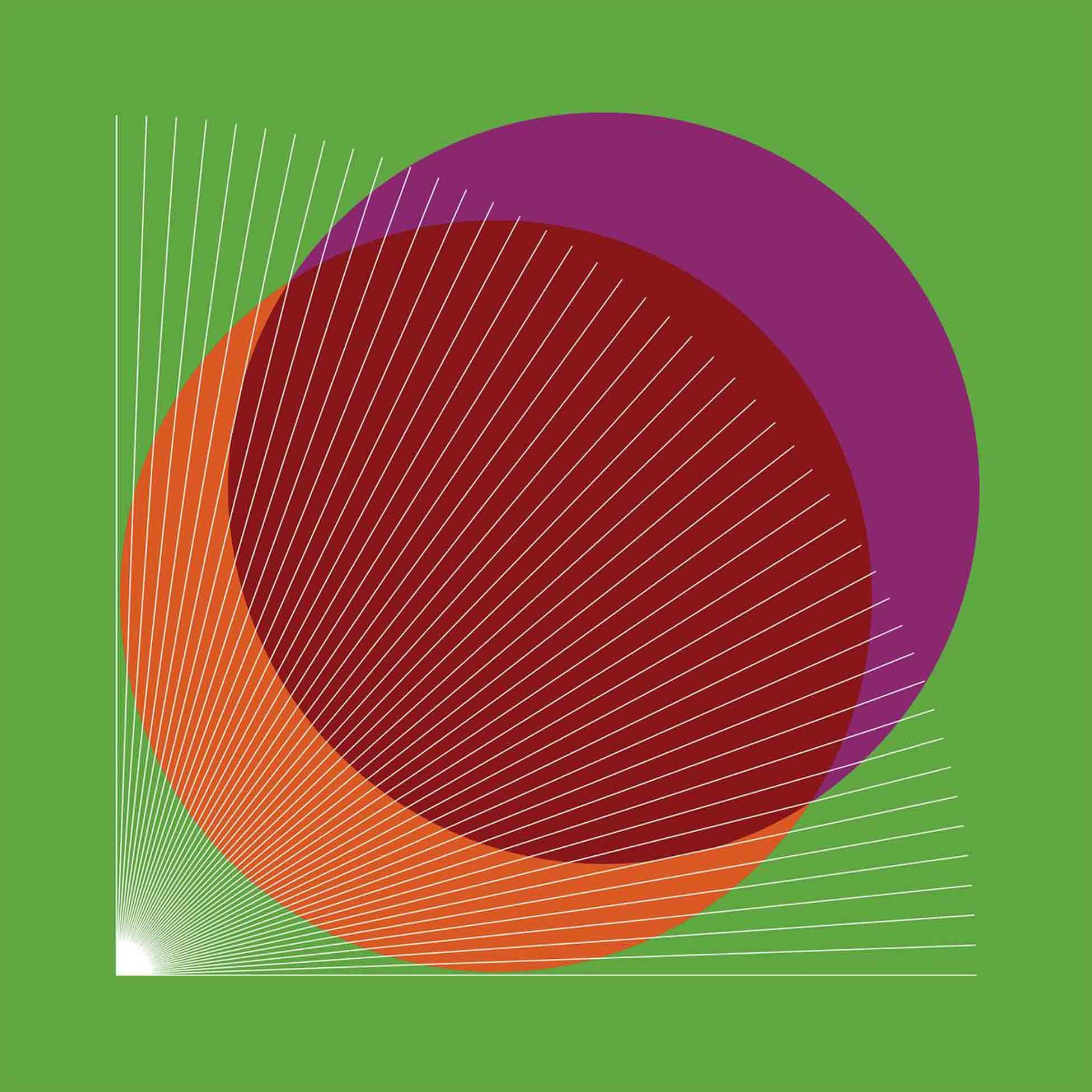 RIYL: Roedelius, Laurie Spiegel, Oneohtrix Point Never, Tangerine Dream, Laraaji. Light Conductor returns with Sequence Two, the second album of prismatic slow-burn analog synth instrumentals by the duo of Jace Lasek (The Besnard Lakes) and Stephen Ramsay (Young Galaxy). Expanding on the hypnaogogic ambience of their warm and uncluttered 2019 debut, Lasek and Ramsay add subtle but scintillating structure and electricity to these four new longform tracks. The songs remain predominantly beatless, but burble and vibrate with more ornate, intentional pulses, arpeggiators and control voltages. Light Conductor’s analog palette of gently fuzzed-out chordal drone, mesmeric ostinato, sweeping filters and drifting levitational melody continues to colour the glowing atmosphere of this enveloping space/trance music: like sunrise on another planet, with a profoundly satisfying dimension of heightened ceremony and design. Working from recordings helmed by Ramsay in late 2019 and early 2020, made just before and after Light Conductor tours with Spencer Krug and Godspeed You! Black Emperor, the duo then culled from hours of tape and worked up these soundscapes during isolation 2020-21 (in between Lasek’s other recording and mixing sessions for Godspeed’s latest AT STATE’S END, Bell Orchestre’s House Music, and his own The Besnard Lakes Are The Last Of The Great Thunderstorm Warnings, among others). Light Conductor continues to convey an ineffable sense of meditative discovery and efflorescence on Sequence Two, as if the music was being played and unfolded for the first time: the genuine effect of these songs being sourced from marathon overnight sessions of live playing, marked by immersive, durational telepathy and semi-improvisation. The duo’s psychogenic jams are then judiciously overlaid, usually with just one or two more elements, though for brief stretches becoming stacked and maximal – most notably towards the end of 14-minute album opener “Splitting Light” when an ever-refracted sequencer pattern inexorably develops towards throbbing cadence and multi-layered intertwining melodies, culminating in a final burst of guitar and vocal-driven operatic space-rock chug that invokes Yes, Spiritualized, and (choral) Bon Iver in equal measure (the only vocals on this otherwise instrumental album). Sequence Two indeed carries forth the prevailing energy of the duo’s first album: “If the monolith from 2001: A Space Odyssey overshot the great apes and instead appeared before a mid-00s rock band” is not a bad way to put it (as Paul Blinov did in his Exclaim! review). The particular combination of restraint, luxuriation and repose that Light Conductor achieves is easier heard and absorbed than described – but it makes sense that this music is the dreamlike opalescent nebula of a duo whose respective psych/pop/electro/rock bands are known for more declaratively epic, chiselled, heavy sonic statements. The through line is an emotive devotional sensibility, seasoned by a naturalistic studio mastery, and love for the analog that enmeshes the electronic. Thanks for listening.